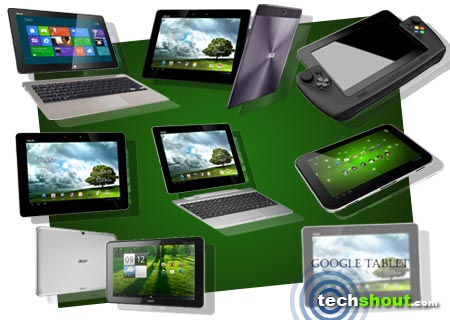 Those hunting for the best quad core tablets will be delighted to know that their choices aren’t limited at all. While there are just a handful of companies working towards creating extremely powerful multitasking slates, we’re sure most others will soon follow suit. But till then, the list laid down here pretty much comprises all your available options. So have a look, choose one and bid goodbye to those bulky laptops forever. 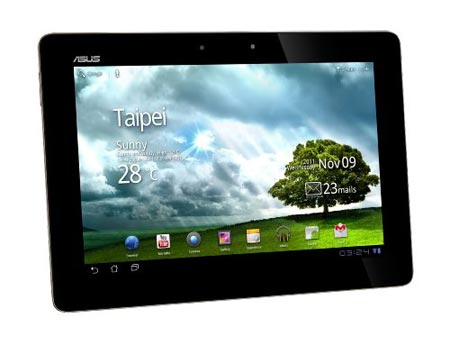 The Eee Pad Transformer Prime from Asus takes pride in being the first in the market to employ the quad core Nvidia Tegra 3 processor that makes it a multimedia powerhouse to keep you entertained at all times. And the Android 4.0 platform sure is the cherry on top of the cake. With a battery life of a whopping 18 hours, it lets you enjoy 1080p high definition videos on the 10.1-inch LED backlit multi-touch screen with Super IPS+ of 1280 x 800p resolution. 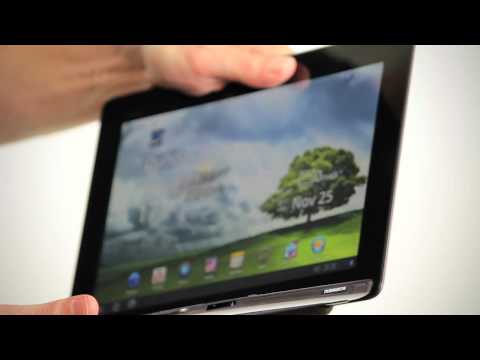 An 8MP primary camera and another 1.2MP front-mounted imager should be enough to pacify your photography needs and the accompanying keyboard dock will turn it into a convenient laptop sans the bulkiness.

The second candidate on our lineup of tablets with quad core CPUs is fueled by the 1.3GHz Nvidia Tegra 3 processor as well, which features a battery-saving fifth core to keep the juices flowing for a little longer. Besides 1GB RAM and 32GB internal storage, you can expect the latest Android Ice Cream Sandwich platform and a 10.1-inch WXGA HD multi-touch display of 1920 x 1200p resolution from this tab. And adding to the visual performance, the black or silver colored slab has been fitted with a 12-core Nvidia GeForce GPU. 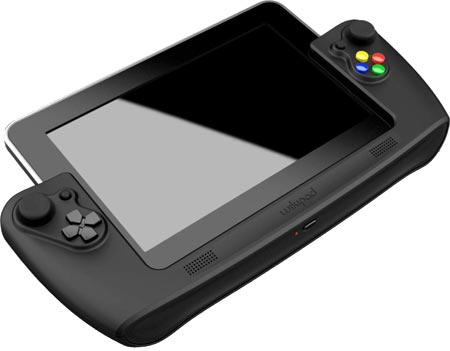 PSP, Vita, 3DS units and other such handheld gaming consoles may face fierce competition from the Wikipad tablet, which has especially been designed for hardcore players. Gaming being a pretty demanding activity, it needs to be backed up with powerful internal hardware and that’s basically why the company has embedded a quad core Nvidia Tegra 3 chip and a 12-core GPU in this slate. It is bundled with a detachable gamepad controller and features nothing less than the Android 4.0 OS. The sleek 10.1-inch tablet also employs Gaikai as its cloud gaming service provider and will be released in the third quarter of this year. 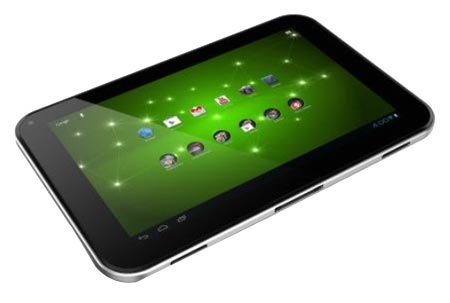 The alternatives that we’ve seen so far in this category, offer little choice in terms of their screen size. So if you wish to lay hands on a smaller 7.7-inch tablet or a larger one that provides a multi-touch real estate spanning 13.3 inches, you should be thanking Toshiba for packing the Nvidia Tegra 3 mobile processor into variants with these screen configurations.

Doesn’t matter if you want to stick to the 10-inch chassis either; the company’s Toshiba Excite 10 tablet fits the bill in this case. The smallest of the lot flaunts an AMOLED touchscreen, while the other two boasts of the AutoBrite LED backlit multi-touch display. 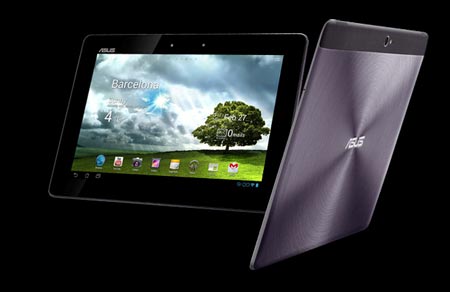 Like most other Asus tablets, the Transformer Pad Infinity included on our assortment of four core tablets comes with a keyboard dock that adds highly to its functionality by turning the slate into a netbook. While it lets you experience the swift performance offered by the 1.6GHz quad core Nvidia Tegra 3 T33 CPU, you can choose to run this device on the dual core Qualcomm Snapdragon Krait processor too.

The slab binges on the Ice Cream Sandwich platform and shows off a Corning Gorilla glass-reinforced, 10.1-inch Super IPS+ touchscreen with a wide viewing angle of 178 degrees.

The A510 is another Android ICS based tablet. It belongs to the Iconia Tab series from Acer that gets steam from the 1.3GHz quad core Nvidia Tegra 3 processor. And there is also an additional core to cut down on the battery usage. As is the case with most others lined up here, the slate in question is deployed with a 12-core GPU, a 10.1-inch LED backlit touchscreen, front-mounted webcam and a rear-facing camera.

And it naturally doesn’t miss out on the common features like Bluetooth, Wi-Fi and other connectivity options like USB and HDMI ports. 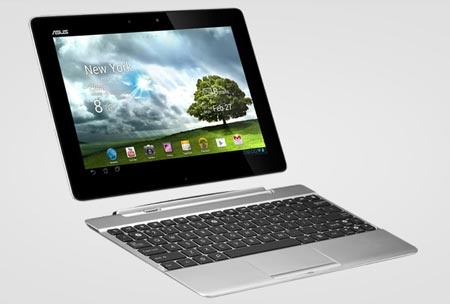 Asus seems to be ruling the roost when it comes to the category of tablets running the quad core processor (read: Nvidia Tegra 3 SOC). Fashionistas may appreciate the fact that this alternative offered by the manufacturer comes splashed with shades like royal blue, torch red and iceberg white and offers a wide viewing angle, courtesy its IPS panel. 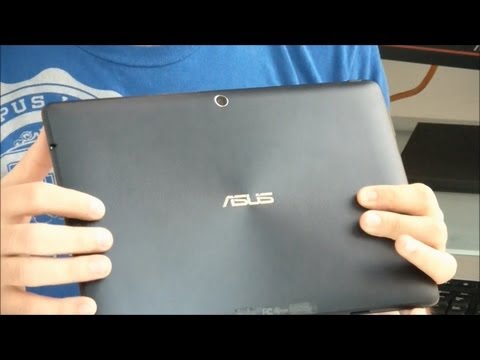 Its 1280 x 800p LED Backlight IPS panel spanning 10.1 inches, dominates the front panel along with a 1.2MP camera and an 8MP auto focus snapper graces the rear side of the device. 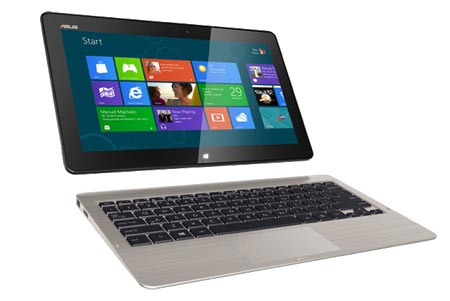 And if you thought that the Asus devices mentioned so far on our queue of tablets with quad core are the only ones from the company to employ the much sought after quad core processor, you were naturally not aware about the recently introduced Windows RT Tablet 600. 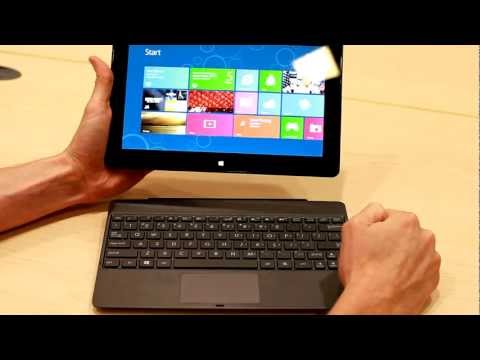 It is powered by the Nvidia Tegra 3 processor, a 12-core GPU and 2GB RAM and ships with 32GB internal storage. Compatible with the optional keyboard dock, this slab proffers a multi-touch real estate of 10.1 inches that renders images in 1366 x 768p. 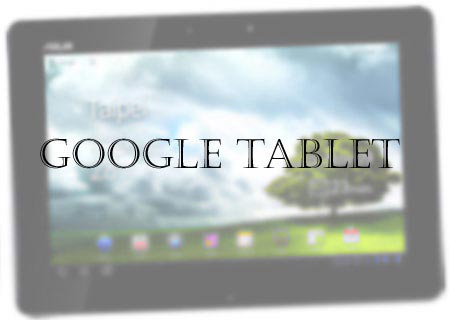 The Google Asus Nexus is, as of now, just a rumor. But as they say, there’s never smoke without a fire. This leads us to believe that a collaboration between Google and Asus for the 7-inch Nexus is a definite possibility. It is expected to mark the debut of the Android Jelly Bean platform, and that could very well be the reason for the delayed launch that should fall somewhere in June or at the most, July 2012. And do we really need to mention which processor Asus has shortlisted in order to bestow the device with multitasking properties?

One thing that we can conveniently conclude from this roster is that Nvidia is undoubtedly the undisputed crucial element in the making of the best quad core tablets. Do these slates seem as promising to you as they do to us? Don’t forget to let us know about your views.