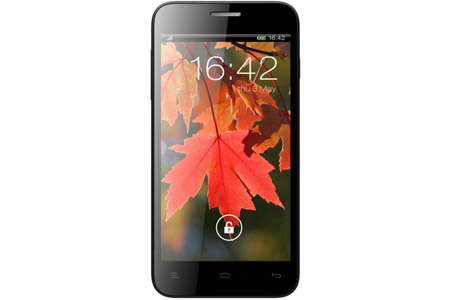 Lava has unveiled the Xolo Q800 in India, it’s first quad core smartphone, and the price has been set at Rs. 12,499. Furthermore, several new handsets, all with quad core processors, are awaiting a release in the coming quarter and will slot into the Qcore series.

The Lava Xolo Q800 is a pretty impressive piece of technology and attempts to take the market by storm with its large screen, host of connectivity options and power packed under the hood. First off, it has been pre-loaded with Android Jelly Bean, and features a 4.5-inch IPS display capable of visuals in 540 x 960 pixels.

It draws its power from a 1.2GHz quad core Cortex A7 processor on a MediaTek MT6589 chip, while backing up the graphical output is a 286MHz PowerVR GPU. Other internals include 1GB of RAM and 4GB of internal memory which is expandable by up to 32GB via microSD card. 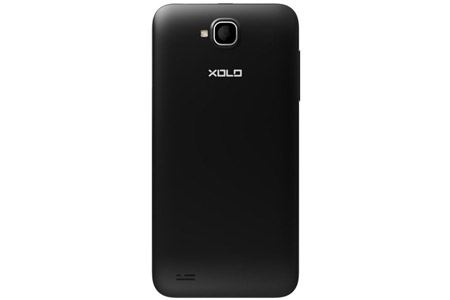 In terms of photography, users can expect an 8MP camera on the back panel which takes advantage of a BSI sensor. It is capable of capturing video at 720p and has auto focus capabilities as well. On the front is a 1MP sensor which can be used for video calls. On that note, it must be said that the smartphone is capable of Bluetooth v2.0 and Wi-Fi connectivity.

Two SIM cards are accepted for added functionality, but just how they will work in tandem hasn’t been mentioned. There is also a 2,100mAh battery which is claimed can deliver 16 hours of talk time on a single charge. Standby time amounts to 360 hours. An accelerometer and a gyroscope have been thrown in for gaming on the go.

The Lava Xolo Q800 is available in India and has only shown up on Flipkart at the price we’ve already noted above. It seems the handset is only available in black.

Take a look at the device’s specifications listed below.