QSAlpha’s Quasar IV superphone is no Ubuntu Edge, but it’s got a point to prove

Now that the Ubuntu Edge is off the burner for the time being, you can check out another superphone which comes in the form of the Quasar IV, being developed by a company called QSAlpha. The USP of this advanced gadget is its strong encryption, promising ‘unprecedented security.’ It’s still not a product as such, as it’s asking for your help over at Indiegogo, a Kickstarter-like crowd-funding site. The company’s goal is to achieve $3,200,000 in the next 30 days, and about $29,500 have been received by it already. 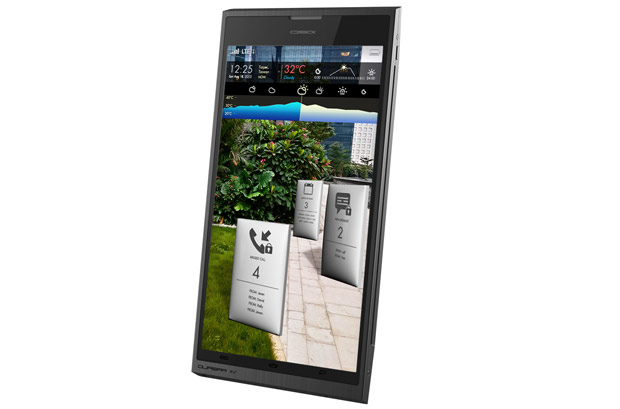 The Quasar IV is being equipped with an advanced technology called Quatrix which features a unique digital signature and key computation methodology to protect your digital identity. It will run the QuaOS, which is nothing but a fusion of Android and Linux coupled with the Quatrix encryption software. And the hardware which the company will be providing along with this setup looks interesting as well. The Quasar IV will be offered in 64GB and 128GB encrypted local storage options, and will also feature access to 128GB encrypted cloud storage.

Under its hood, it will hide a 5-inch full HD IGZO display, covered by Corning Gorilla Glass III. This phone will grant you the benefits of dual LTE as well as 3G and GSM, while it will also boast of a 2.3GHz Snapdragon 800 quad core CPU and 3GB worth of RAM. Dual 13MP rear facing cameras and an 8MP front camera will be making their way onto the device, apart from IP57 certification for water resistance.

If you wish to reserve yourself a Quasar IV superphone, you’ll need to back its Indiegogo campaign with a minimum of $495. It will be delivered to funders in April next year, while the phone will hit retail in June; if the crowd-funding is successful of course.