We know a great deal about HTC’s upcoming flagship and now, the M8 mini has also been leaked. Specifications of the smartphone have surfaced online and by the looks of it, the handset will be a small upgrade over the One mini which went official back in July of 2014.

Details of the HTC M8 mini have surfaced via EvLeaks. As you probably know, the leakster has a long history of reliable information, but not every bit of information revealed turns out to be true. So as with all rumors, take the details provided here with a pinch of salt. The smartphone will be slightly larger than its predecessor, carrying a 4.5-inch display instead of a 4.3-inch one. The resolution, however, will be the same at 720p HD.

The HTC M8 mini will also carry the same quad core Qualcomm Snapdragon 400 processor clocked at 1.4GHz as the previous model. The internal memory hasn’t been modified either. The handset will have 1GB of RAM and 16GB of storage. On the upside, a microSD card slot will also be present. What’s interesting here is that the company might drop the UltraPixel camera for a 13MP rear lens.

The front will have a 5MP snapper, according to the leak, while the device will run on Android 4.4.2 KitKat with Sense 6.0. You can also expect the HTC M8 mini to have on-screen buttons instead of capacitive touch ones. 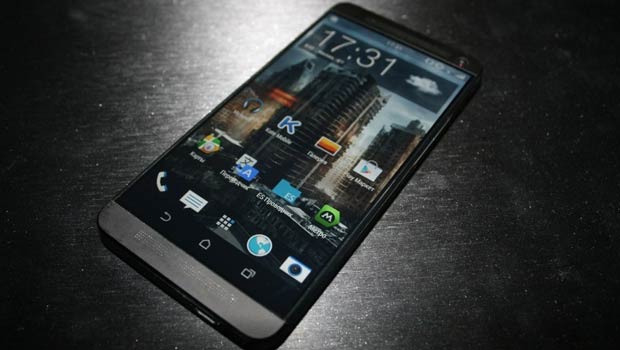 The One mini was launched back in July and we don’t expect to see the HTC M8 mini go official anytime soon, at least not at the upcoming MWC 2014 where we suspect the flagship M8 One 2 will make its debut.