Trying to pull an AT&T, Sprint has welcomed the purple mirage Samsung Galaxy S4 which had joined the pink twilight, brown autumn, black frost and white mist variants back in June. The phone is already available in Sprint stores and will hit the online portal this Friday, that’s August 16. The network provider seems to have become quite generous when it comes to the ‘Next Big Thing,’ considering that it now has a new scheme up its sleeve.

Every time interested folks purchase the Samsung Galaxy S4, they will be able to take an additional unit home for free. However, let’s not forget the terms and conditions that follow. The Samsung Galaxy S4 can be picked up at $199.99 after a $50 mail-in rebate in the form of a reward card. On the other hand, this requires customers to take up an additional line of service. Also, the scheme seems to be a limited period offer. So those of you who’ve fallen for it hard enough to want two, had better hurry up. 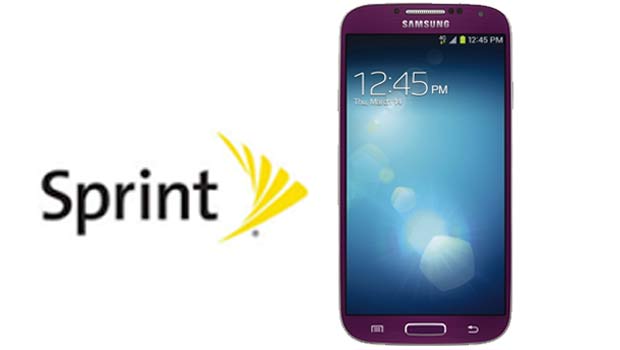 The Galaxy S4 in purple mirage will continue to tout $199 as its price and will be up for grabs glued to a two-year service contract, just like its white and black siblings. As for those seeking a carrier-bound red variant, the destination isn’t a secret.

Listed below are the smartphone’s key specifications: