Microsoft India has launched a new promo in the country where customers can purchase the Lumia 830 and Lumia 930 smartphones with cash back offers. The company notes that buyers will get guaranteed Rs 7000 as cash back which is quite a huge amount.

The exact procedure of how the money will be refunded hasn’t been revealed as yet. The new promo on the Microsoft Lumia 830 and Lumia 930 has been announced as part of the Redmond giant’s celebrations for the festival of Holi which takes place on March 6. As you probably know, both handsets are premium offerings from the company and they also carry flagship status. 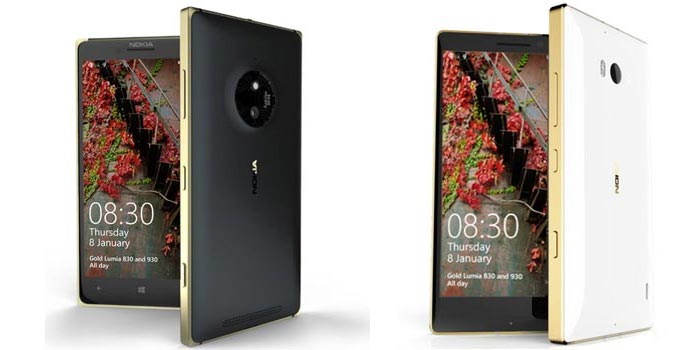 Considering that both handsets are flagship devices, they will most certainly get updated to the new Windows 10 OS. An official preview of the upcoming platform is available below. Microsoft also launched limited edition gold versions of both handsets, but they haven’t been made available as yet in India.

There’s no definite end date for the cash back promo on the Microsoft Lumia 830 and Lumia 930 smartphones. And the offer is said to be on the table for as long as stocks last.

Facebook
Twitter
Pinterest
Linkedin
ReddIt
Tumblr
Flip
Previous articleHTC says ‘something huge’ is on its way, puts up a riddle to keep you guessing
Next articleLG’s new mid-range smartphones are far better named than last year’s