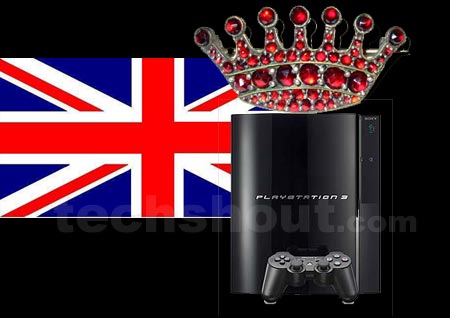 When the PlayStation 3 was launched in Europe on March 23, little did anybody know that it would become the fastest selling game console in the UK. The PS3 has beat each and everybody’s expectations, and has sold a whopping 1,65,000 pieces in the UK itself.

It seems that the only game system to have done better than the PS3 is Sony’s PSP, which sold 1, 85,000 units when it launched in the UK.

It is indeed surprising that the PS3 was the highest selling game console, since it was also the most expensive one to be launched in the UK. The price of the PlayStation 3 when it launched was £424.99 (Rs.36, 000). This console was launched along with 22 game titles from 7 different publishers.

Besides, two PS3 game titles have stood out from among the rest. Resistance: Fall of Man and MotorStorm have been the two top selling games for Sony’s next-generation video game console.

And while we are talking of numbers, the PS3 also beat the Wii and the Xbox 360 in the war of the consoles. Nintendo managed to sell 105,000 units during its launch weekend, while Microsoft sold just 70,000 Xbox 360s.

These figures have come as a surprise to many even though UK gamers could have held a grudge against Sony for launching the PS3 three months later than the rest of the world.