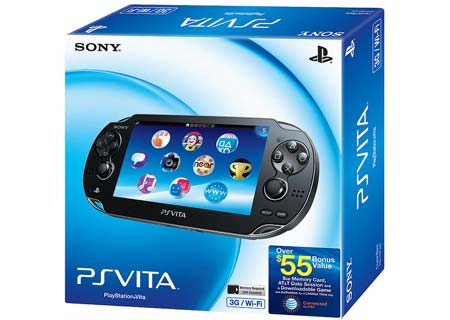 With the newly announced PS Vita special launch day bundles, those who missed out on the opportunity to reserve a unit of Sony’s upcoming handheld gaming console through the First Edition Bundle still have a chance to get in on some limited edition goodies. And this isn’t all; the Japan-based conglomerate has also thrown in a few extra treats for its previously unveiled package.

With nearly 25 days left until the designated launch date for the gaming console, the company has apparently cooked up an ‘extremely’ limited edition offering. The entire package comprises of an 8GB memory card along with an AT&T DataConnect Pass and a free game from PSN. Well, Sony isn’t giving them away just yet. Being part of a promotional offer, the PS Vita special launch day bundle will be available to users on a first come, first serve basis at the time of release.

A post made by John Koller, Director, Hardware Marketing at Sony, on the official PlayStation US blog, stated, “We are happy to announce today that we will be creating an extremely limited edition PlayStation Vita 3G/Wi-Fi bundle designed to reward those who brave the cold to stand in line on February 22nd (or even those who come in the few days that follow).” 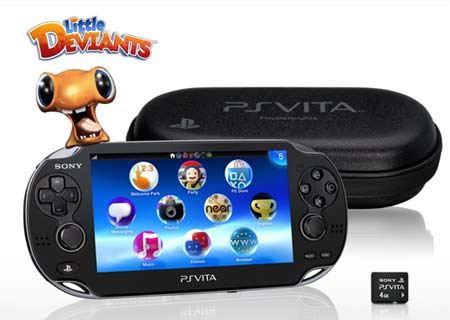 The PS Vita First Edition Bundle was previously unveiled back in October 2011. Comprising of the upcoming console, a 4GB memory card, a limited edition case and the Little Deviants game, Sony recently upgraded the entire package with a two new additions covering an AT&T DataConnect Pass with 250MB of data and a free game from PSN. These new offerings can only be redeemed upon activation of 3G services.

The PS Vita special launch day bundle price amounts to $299 and it will be available as a limited time package on February 22, 2012.