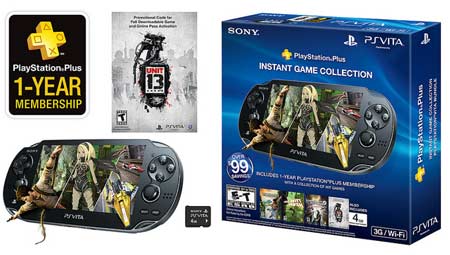 The PS Plus Instant Game Collection PS Vita Bundle with a price tag of $300, has especially been introduced in time for holidays to celebrate the launch of PS Plus, says the official blog. With this package, gamers can make the most of the benefits that come along with the PS Plus membership.

According to the blog post, players can save up to $99 if they decide to choose this bundle over the others. The package contains the 3G- and Wi-Fi-enabled Vita, a Unit 13 game voucher, a 4GB memory card as well as the aforementioned membership for a year. This service basically allows users to access multiple titles for their PS consoles through PS Plus Instant Game Collection. 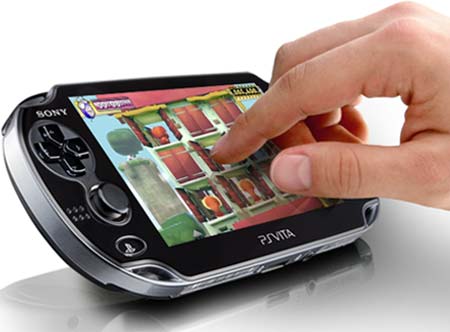 The company updates its collection every month and players who sign up for this service can also play PS3 games which are inclusive of inFamous 2, LittleBigPlanet 2 and Ratchet & Clank: All 4 One and more. Titles such as Uncharted: Golden Abyss, Gravity Rush and WipEout 2048 to name a few, are available for the handheld gaming console. Some of the other advantages include up to 75 percent discount on add-ons and games, automatic updates and up to 2GB online storage.

Powered by the AT&T Mobile Broadband network, the device allows users to create augmented reality environment while playing certain games by using the front and the rear cameras. Its six-axis motion sensor comes in handy to play games that require tilting and steering. And that’s not all – A 5-inch OLED multi-touch capacitive display sits on the front panel, while the flip side is dominated by a capacitive touchpad. 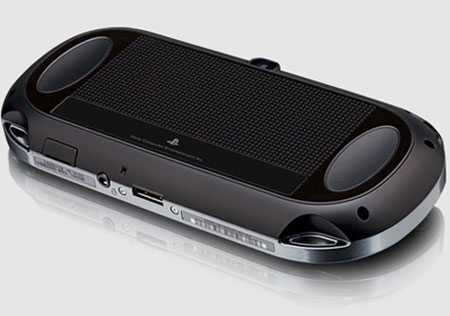 The GPS-capable device is fueled by a quad core ARM Cortex A9 processor and has been embedded with analogue sticks and other essential buttons. It supports cross platform play, so games saved on the PS3 can be accessed and continued on the handheld gadget. Players can also compete with PlayStation 3 users.

The PS Plus Instant Game Collection PS Vita Bundle will set gamers back by $299.99. Those who already have a PS Plus membership will receive an extension of another year on their subscriptions if they pick up this option. It is now up for pre-order through the official company website.