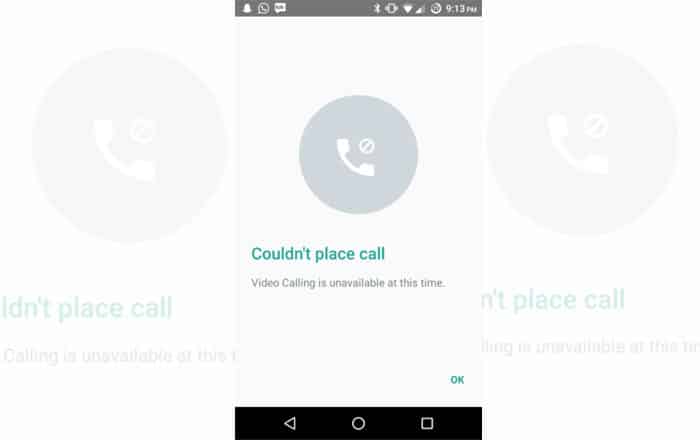 Word about WhatsApp readying up support for video calls has been going around since last December, but the feature seems to be still in development. More proof has now emerged about its existence, giving us hope that it will be arriving pretty soon.

Translation requests sent by WhatsApp to some users have given away the presence of the video calling feature now. These are sent to those who are willing to help the developers translate interface messages into various languages. Words like ‘Video call,’ and ‘Video calling is unavailable at this time’ have been found to be requested by the Facebook-owned company for translation.

And it’s safe to say that the video calling feature is already running on a particular set of devices which have the beta app installed. An Android Police reader has revealed a screenshot which shows the words ‘Video calling is unavailable at this time’ written in it. It’s unclear at this moment as to how this trait will be rolled out to WhatsApp users. 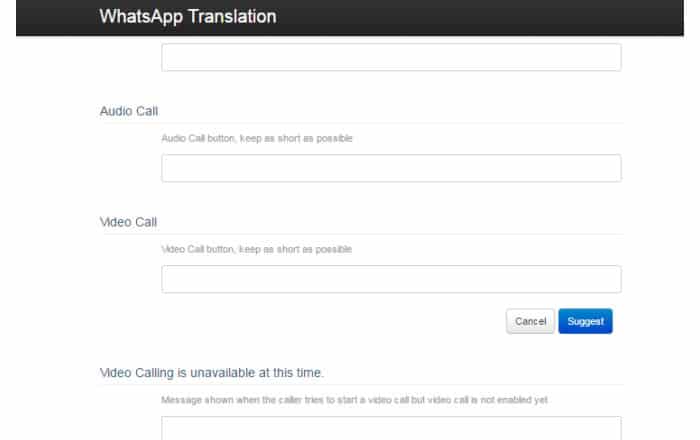 One option could be a beta release to participating testers, while the other could be to launch it for everyone at the same time, which is less likely to happen. The third option is of course the much loathed invite system that was used by the developers when it had introduced voice calling to WhatsApp.

Translation request have brought to the fore another feature that’s on its way into the messaging application – Group invites with links and NFC tags. With this trait, group admins will be able to create QR codes, links and NFC tags that will add a person to a group, thus eliminating the need to manually invite them using their phone number.

Along with these new features, previously reported additions like the ZIP sharing ability, the voicemail functionality, a callback button and more are also in line to be added to WhatsApp.