It was just today that we seen the One M8s go official, but HTC has a lot more under its sleeve and the next handset could end up being the One M9 Plus. More images of the phone have been leaked online and a website has also managed to get its hands on promotional material which suggests that the device in question will be unveiled on April 8 in China.

Both, press renders and even official images paint a similar picture of what the HTC One M9 Plus (or M9+) will look like at launch. As you can see in the images, the one component that stands out looks to be a physical home button just below the display. The interesting thing here is that could just be a fingerprint sensor. 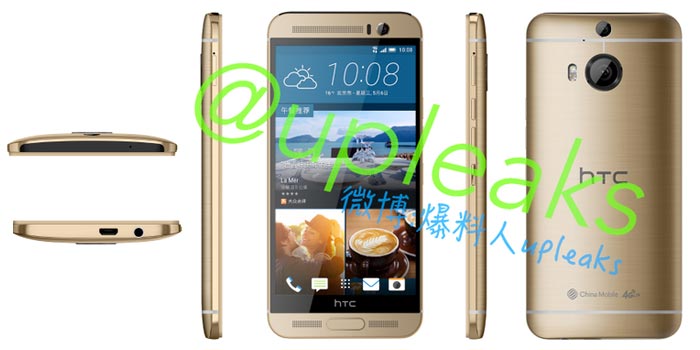 But then again, the UI you see above (curtsey of @upleaks) doesn’t have any on-screen navigation keys, once again suggesting it to be a home button or a combo of both like on the Galaxy S6. This raises another concern is that there’s no sign of back and menu keys (physical or virtual) which are standard for navigating the Android UI. It looks like this is one mystery only time can solve.

The promotional material obtained by My Drivers gives us a better look at this home key/fingerprint reader and also other highlighted features of the phone. The overall body looks like a blend of the One M9 and M8 mainly since HTC has used the same layout as the current flagship, but the Duo Camera setup found on last year’s model. 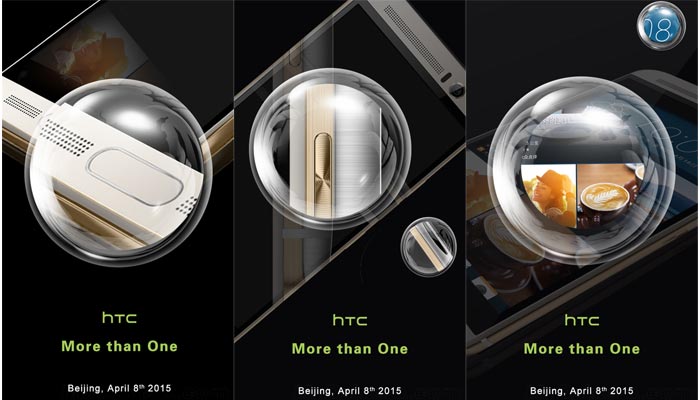 HTC One M9 Plus specs: 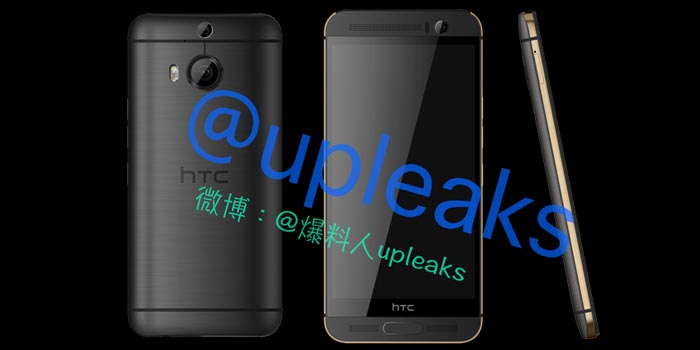 As mentioned above, the HTC One M9 Plus should go official on April 8 and we could also see the company reveal the One E9 handset as well.