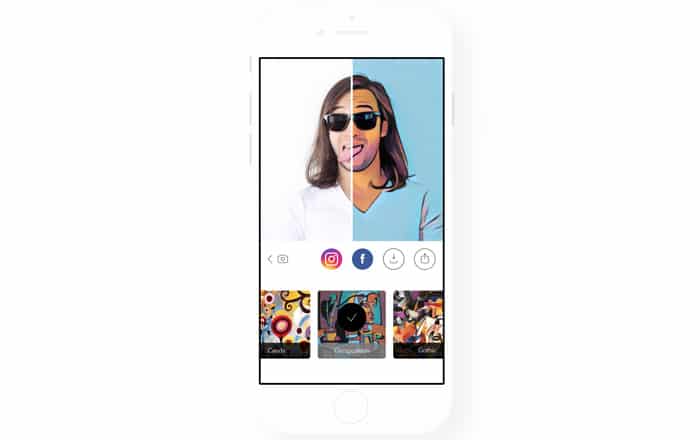 Prisma has become a global phenomenon in a very short amount of time, inspiring a number of clones and imitators which try to replicate its impressive abilities. The company behind the app has now beamed out a major update which promises to address some of the issues facing the tool since its launch.

First-off, the new-and-improved Prisma is apparently much faster than before. One of the biggest problems people faced while applying filters was how long the app would take to actually apply one. This process has been sped up considerably , which should come as a welcome relief to impatient users eager to try out all the options available to them.

The other big change concerns a new split-screen view which is only accessible by iOS patrons as of now. As can be guessed by its name, the tool divides the display into half. One portion shows what the image looks like with the filter applied, while the other retains the original look of the photo.

It should prove useful to people who want to be able to see the difference the filter makes and make their decision accordingly. Both Android and iOS consumers will be able to rotate their snap in whatever direction they choose thanks to the new update. Moreover, they’ll also get the ability to crop images, a feature which was sorely missing in the previous version of the application.

However, the tool only seems to be applicable to photos taken from the smartphone’s gallery. Cropping isn’t possible for pictures clicked directly from within the app as of now. Prisma’s creators had previously promised that it was planning to add support for videos. This feature hasn’t made its way to the app yet, though it should come out later this year.

You can download Prisma via the Play Store and App Store.