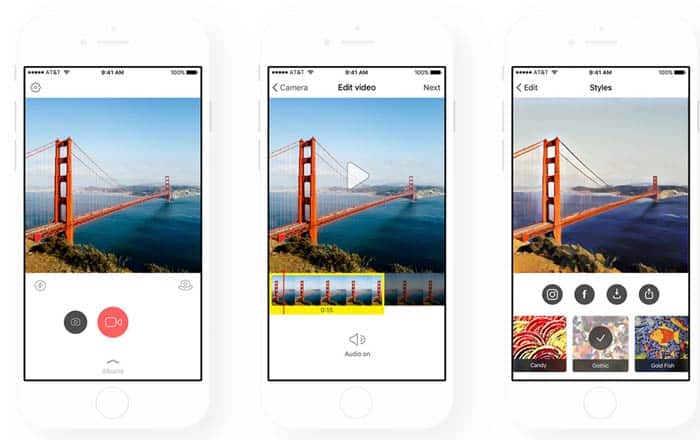 Prisma has officially begun rolling out support for videos so you can transform your footage into works of art as well. The popular app has been steadily growing in popularity ever since its June debut, inspiring dozens of copy cat filter applications in its wake.

Many of these tools offered to add effects to your videos, something which Prisma hasn’t been able to do until now. The company had previously confirmed that it would bring support for the feature without laying down a specific timeline. The update is now out for iOS users and will reach Android patrons soon.

Prisma currently has 9 video filters in its roster and plans to add more gradually. They work just like photos, with the app converting ordinary recordings into authentic-looking moving paintings. The clips can be up to 15 seconds long. You can either record them directly from the app or select them from your camera roll.

Prisma’s new video conversion skills are done locally, which means you don’t need an internet connection to transform your videos. This could take some time though, understandable given the tool has to process multiple frames. The waiting period varies according to the length, resolution, and phone being utilized.

According to TechCrunch, iPhone 6, iPhone 6S and iPhone 7 users have to be patient for approximately 2 minutes, 55 – 60 seconds, and 30 seconds, respectively. Prisma for iOS is also getting support for GIF creation very soon. As for Android, it’ll be getting offline photo processing in a week or so, after which the brand plans to jump on video development.