Just last week, Samsung took the wraps off a new tablet lineup at the CES 2014, the Galaxy Tab Pro and Note Pro. While the company noted that the slates would be available sometime this quarter, price and exact release details weren’t provided. Well, online retailer Cyberport.de has already listed the tablets with prices, which are ridiculously high by the way.

Each device in the new lineup comes with the best hardware available in the market and is expected to be priced rather high. Fudzilla notes that a couple of models have retail tags that comprise of 4 digits. The cheapest model on the list is the Tab pro 8.4 that’s listed at €699 with Wi-Fi connectivity, while the LTE version costs an additional €100. 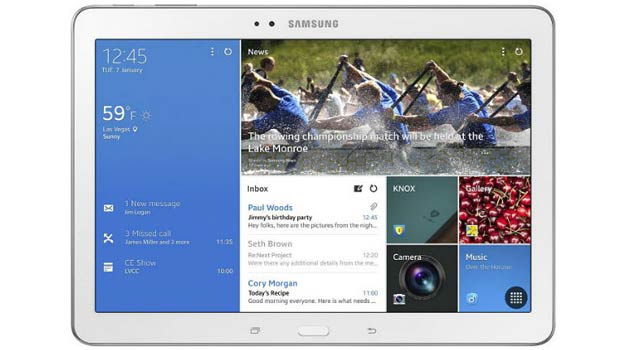 As we mentioned earlier, Samsung is yet to officially announce the prices for the Tab Pro and Note Pro slates. So the rates listed on the retailer could just be placeholders. Nevertheless, you can expect the official tags to be a bit on the costly side owing to the high-end specifications employed.

Here’s a list of common features in the series