Last we heard about the rumored SM-W750V Huron device was when we found out that it would be sold as the Samsung Ativ SE, and we now have a full-fledged press image of this upcoming Windows Phone 8.1 handset. There’s no word as to when it will be launched by Verizon, but since the new operating system from Microsoft will be unveiled in April, our best guess is that it will arrive in the same month.

The design of this phone is pretty similar to that of the Galaxy S4. The small bezel, the positioning of the physical and capacitive keys and many other aspects allude to the last-gen Galaxy flagship. There’s a Windows button as well, replacing the S4’s home key.

The source of this image is @EvLeaks, but the Twitter account hasn’t shed any light on its possible specifications. From what we can guess, the Samsung Ativ SE will grab hold of a 5-inch 1080p Super AMOLED display since that’s the panel which can be spotted in the S4. 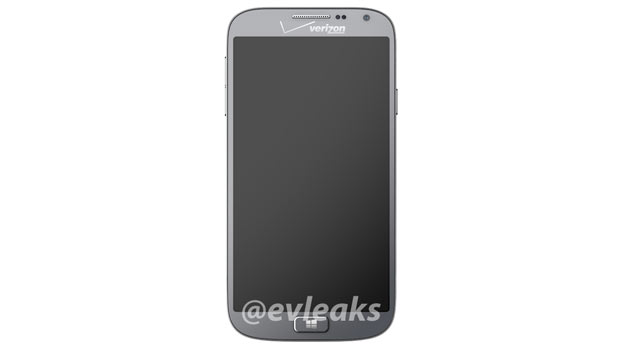 It will of course be compatible with Verizon’s 4G LTE network. Windows Phone 8.1 is supposed be launched at the Microsoft BUILD conference that’s slated to commence on April 2. It’s soon after this that you can expect Verizon to go official with the Samsung Ativ SE.

Here’s a look at its rumored specs: