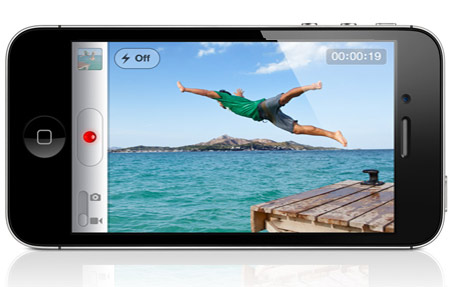 Apple is said to be testing multiple devices in preparation for the iPhone 5 launch. Of course, the ‘5’ attached to the moniker is just one of the popular ways of referring to Cupertino’s next generation smartphone and we still don’t know what the company will be calling the forthcoming handset.

The new iPhone is expected to come with an entirely reworked screen, going by a post on 9to5Mac. A 3.5-inch display with a 3:2 aspect ratio is not likely to show on the specifications sheet for the upcoming device. Instead of this, the features with respect to the display are rumored to include a 3.9-inch screen and 640 x 1136p image resolutions, the last mentioned meaning an addition of 176p.

Owing to the increase in pixel count, prospective users could be looking at a display that remains 1.9632 inches wide, but increases to 3.484 inches in length. So that’s almost a 16:9 aspect ratio. Apparently, the Apple HQ is playing witness to prototypes of the company’s next offering floating around in the PreEVT stage of development. They are touted to be codenamed the N41AP (5,1) and N42AP (5,2).

It appears than the Cupertino developers are presently tailoring iOS 6 to offer optimization with the handset in question. The software builds are noted to cover extended app user interfaces and a homescreen with one more row of icons, apart from the static applications dock.

As for the construct of the iPhone 5 or whatever else it will be called, the chassis may flaunt the same old home button and a more modest sized dock connector.