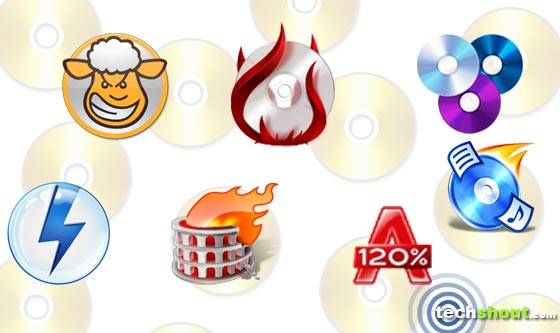 This long list of PowerISO alternative software should help you sift through the best such programs out there and find the one that fits your bill. Virtual drive utilities can be put to use for performing a plethora of important tasks, and that’s where the ISO creator tool in question comes into the picture. Apart from letting you create, open, emulate, compress or encrypt CD or DVD image files on Windows, Mac and Linux platforms, it also provides support for its proprietary DAA disc image format which is not the case with a number of other such tools. But we’ve noticed many a user searching for other options they can employ for dealing with their image files. And that’s why we’ve gone ahead and concocted this neat compilation of similar software which they can have a detailed look at. Here’s the first one: 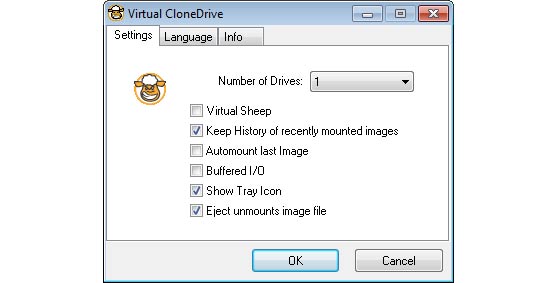 The best thing about Virtual CloneDrive is that it doesn’t ask you to part with your hard-earned money. Yes, it’s a completely free utility that you can download now through its official site. It’s basically a disk image emulator and nothing else. So, don’t expect it to grant a large amount of versatility that the application in question does. But that doesn’t stop it from being an incredibly handy tool for emulating all kinds of image formats. It moreover, is capable of providing support for 8 virtual drives simultaneously. Virtual CloneDrive is available only for Windows. 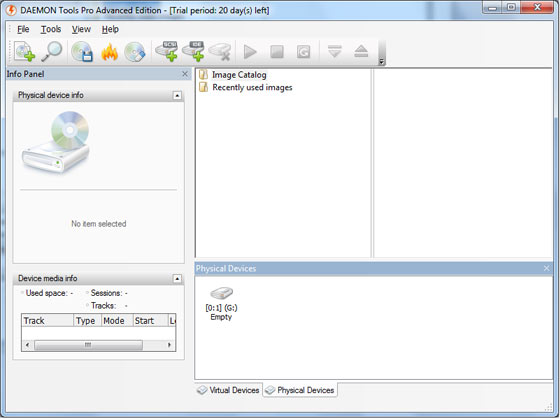 Perhaps the most popular program like PowerISO is Daemon Tools. There’s no doubt it’s one of the best out there, with its advanced and flawless options. You can mount all kinds of disc images to a virtual drive, while it also allows you to create images of CD/DVD/Blu-ray discs. A number of different editions of this software, including one aimed particularly at the Mac OS, are available out there. They are all priced based on the distinct features they contain. Surely, Daemon Tools is one neat utility that doesn’t leave much to be desired by its users. 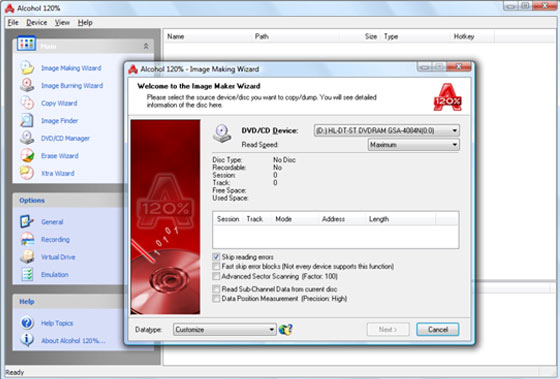 Developed by Alcohol Soft, this tool is an optical disc authoring program and disk image emulator which should suffice your need for such software. Alcohol 120% provides you with a Wizard-based interface, while its profiles feature allows you to save copy settings for audio, game, data and discs. A trial version of it is available for free, but you’ll need to shell out some dough if you ought to keep using it further. Besides, there’s its sister program called Alcohol 52% which is cheaper than it, but does not feature the ability to burn the images onto discs. Other than that, it performs the basic functions of creating images of discs and mounting them onto virtual drives. 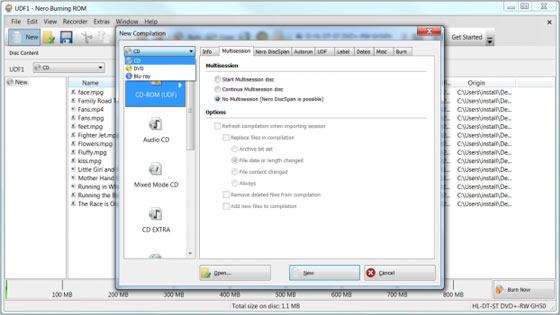 Another software like PowerISO is Nero Burning ROM which is available for Windows as well as Linux, but not for Mac. This complex optical disc authoring software renders support for numerous disc image formats, including its own NRG files. You can use it to perform all kinds of tasks from creating, ripping, copying, burning and editing content to sharing it online. Nero AG, the developers of the software have a number of different options lined up for you on their website, depending on the number of features you want. Free trials are available, but stay prepared with some cash if you’re thinking of getting it for the long run.

Our next entry to this roster is an incredibly useful open-source CD/DVD/BD emulator called WinCDEmu. This neat little tool enables you to perform all the basic functions that you’d expect from such programs. And what further enhances its appeal is that it kicks in support of an unlimited amount of virtual drives. Moreover, WinCDEmu does not occupy drive letters when not used. This Windows-focused tool comes in more than 20 languages, and it also has a special portable version that does not require any sort of installation. 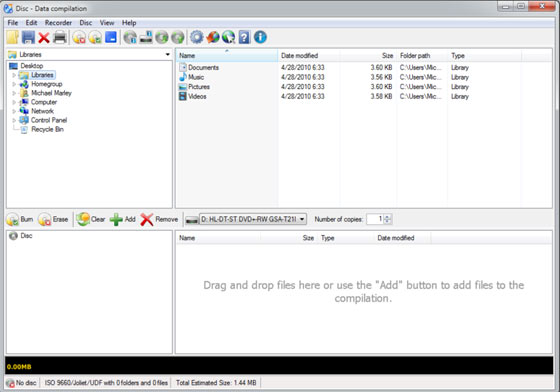 CDBurnerXP is one more interesting program like PowerISO that you can go for, especially since it’s completely free. Apart from CDs and DVDs, it also possesses the ability to burn Blu-Ray discs and HD-DVDs. A simple and a multi-language interface is its strong point, and the same’s the case with its easy-to-use other functions. It is now available free of cost in the form of a small 5MB download through its official site. But there’s only a Windows-based version that interested parties can go for. 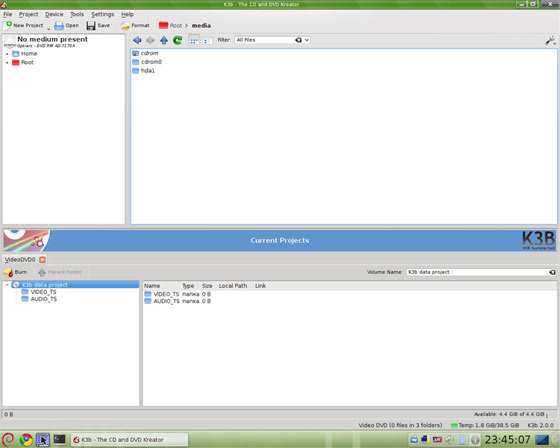 Here’s a utility for all Unix-like users out there. K3b has been written by its author in the C++ programming language and uses the Qt GUI toolkit. And since it has been released under the GNU General Public License, it is completely free for everyone to download. Apart from all the basic functions, it is expected to perform, K3b proffers a number of unique aspects that prove to be incredibly handy for users of the Unix-like OS. Moreover, despite having a simple and intuitive user interface, it features a flurry of customization options that can be adjusted to suit your needs. It can be downloaded now via its official site.

Well, these are not all of them, as there are certainly more PowerISO alternative software that are available out there. If you feel we’ve missed out on any comprehensive ones, just express yourself in the comments section etched out in the space below. Also, do come back to us with your views on all of these utilities that you’ll be using after this.