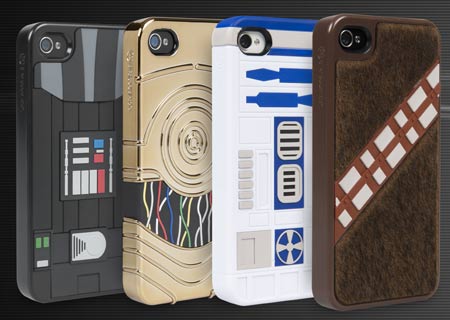 Unleash the force within by availing of the PowerA Star Wars iPhone cases. The company calls on all Star Wars enthusiasts as well as movie buffs to travel the galaxy in style and show their enthusiasm for a franchise that has captured the hearts of many over the years. Fans can feast their eyes on a limited edition collection of licensed cases that are fashioned exclusively for the Apple iPhone 4 and iPhone 4S.

These retro-chic Star Wars sheaths will endow you with cinematic nostalgia as they boast of classic characters and brilliant artwork plucked right out of the intergalactic universe. The trendy accessories are splashed with classic poster art, iconic imagery and sculpted character representations of various Star Wars elements. 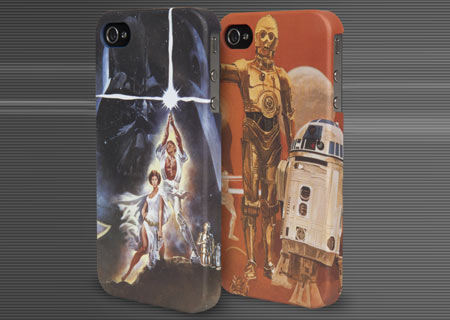 “These are indeed the iPhone cases you are looking for,” said John Moore, vice president of product development and marketing for PowerA. “Mobile phones play a huge part in the lives of so many, and for the last 35+ years Star Wars has been a prominent part of mainstream culture. These innovative and high quality cases inspired by classic Star Wars art and characters are eye-catchers for fans of the franchise.”

The Star Wars Collector Case Series for iPhone 4/4S comes in 4 different designs that individually feature familiar characters namely, Darth Vader, Chewbacca, R2-D2 and C-3PO. Besides these, PowerA has also unveiled the Star Wars Saga Cases for iPhone 4/4S. Wondering what’s slapped onto the surface of the covers in question? Well, their designs represent original poster art lifted from the classic films and the droids on Tatooine.

The PowerA Star Wars iPhone cases price and availability details have been revealed. They start at $29.99 and are scheduled to release sometime later this year. These gems were showcased at the ongoing E3 Expo which is being held in Los Angeles.