We’ve been hearing a lot of rumors about a successor to the super cheap Xiaomi Redmi 1S smartphone being in the works and we’ve probably hit the jackpot with the latest finding. A handset from the Chinese behemoth was recently certified by TENAA and as you’d expect, images and technical details have been published online by the regulatory website.

Now, while there’s no certainty that the mystery phone will be the successor to the Redmi 1S, it looks more or less similar to the uber affordable release. The overall design is the same including the placement of components on the front and rear, but there’s one small problem. 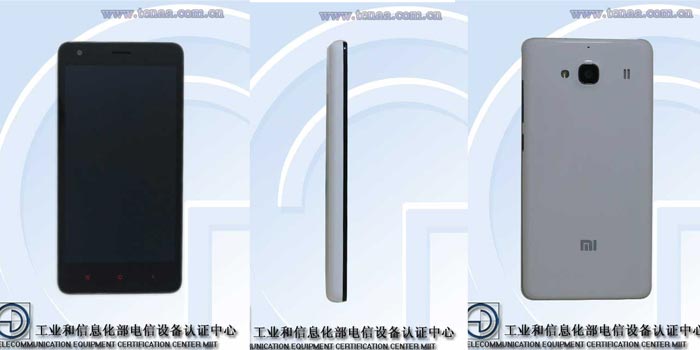 The upcoming Xiaomi handset is the same size as the 1S as it sports a 4.7-inch display. Visuals are still 1280 x 720 pixel and the memory provisions haven’t been altered either. There’s 1GB of RAM, 8GB flash storage and microSD expansion. Another interesting component here is the 1.2GHz quad core processor of unknown make.

Clearly, the handset in question doesn’t look to be the successor to the Redmi 1S, but more of a cheaper version. In fact, that could just be the case. We previously reported that Xiaomi invested loads of cash into chip maker Leadcore. Owing to this, it’s speculated that the company will be capable of developing a mid-range handset for as low as $65. The phone which got certified certainly fits the bill.

Here’s a quick look at the known specs of the mystery Xiaomi phone:

Seeing as the information on the upcoming Xiaomi phone comes from China’s TENAA, they are more or less confirmed.