Along with a new addition to the Xperia M series, Sony is also planning to launch another mid-range smartphone at the MWC 2015 next month. The upcoming device will be powered by a 64-bit Qualcomm processor unlike the other options which carry MediaTek chips.

Xperia Blog has spotted the Sony E2303 and E2333 model numbers at CompuBench and detailed information on both models have been revealed. The handsets are part of the same series and will be identical in design. However, we cannot confirm that as yet as image haven’t been leaked as yet. 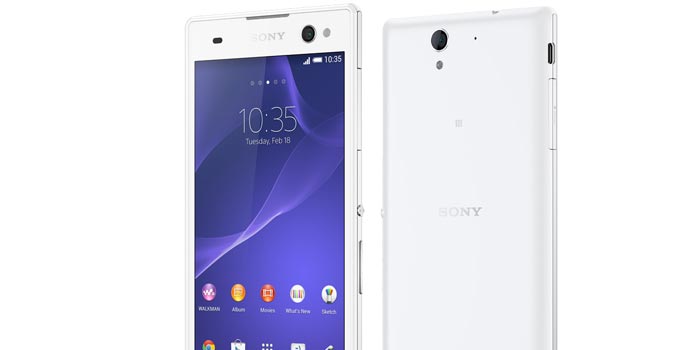 What we can tell you is that the devices will be around the same size as the upcoming flagship, but just not that powerful. A 5.2-inch display will be located on the Sony phone’s front with 720p HD resolution. There will be a 5MP selfie camera (probably with an LED flash) here and a 13MP shooter on the rear.

The processor is listed as a 1.5GHz quad core Snapdragon 610 with Adreno 405 graphics. What’s interesting is that the E2303 is shown with 8GB of storage and the E2333 is listed with 16GB. It could be that they’re two different variants for specific markets or just prototypes. So this could mean that the final version will have the higher storage configuration.

The original Xperia C arrived with the C2305 SKU and the C3 selfie phone goes by the model number D2533. This highly suggests that the Sony E2303 and E2333 could be the next additions in the Xperia C series.