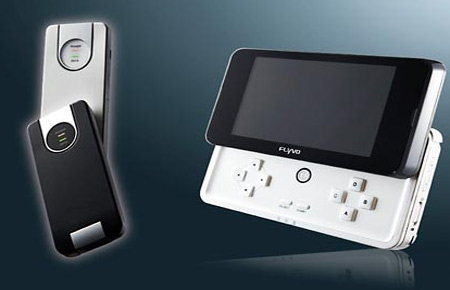 At the ‘WiMAX World USA 2007’ Conference and Expo, Korea-based POSDATA unveiled its newest mobile gaming platform called the G100. This portable online gaming device which is the first in the world allows gamers to download games and access the Internet using high-speed Mobile WiMAX connections.

The G100 platform is a specialized terminal for games that was developed by POSBRO, the Mobile WiMAX device subsidiary of POSDATA.

The G100 gaming device is a sliding-style gaming pad which features a 4-inch touch screen LCD and a set of game controls.

The G100 portable online gaming device will operate in its initial release at 2.3GHz and 2.5GHz bands. Connectivity options of the G100 include Mobile WiMAX, Wi-Fi and Bluetooth that allows the user to select the most appropriate network to make a connection.

According to Joonil Shin, Senior Vice President of POSDATA, “We’re proud to introduce this cool Mobile WiMAX gaming platform on the market, and it will revolutionize the way people enjoy on-line games and connect to the Internet on the move.”

The G100 gaming device is light-weight as well, taking portability to the next level. It also has a very neat and minimalist exterior and is very easy to use.

As of now, there is no word on which games will be available on the G100 mobile gaming device. It is slated to be released in late 2007, but the price of this revolutionary device for gamers still remains a mystery.