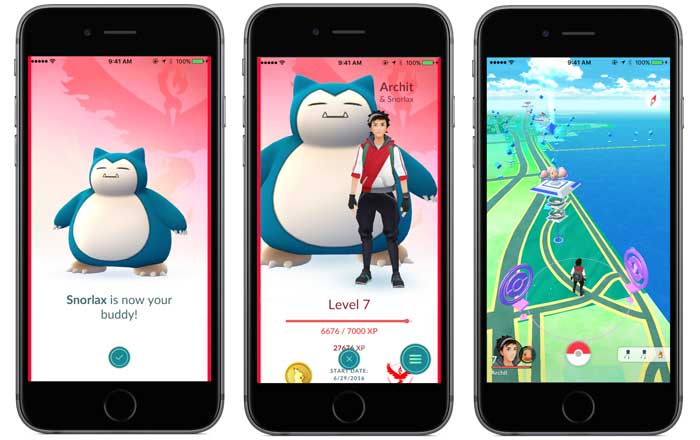 Pokemon Go is all set to get a brand new update which will introduce a number of improvements and features. Chief among them is a Buddy Pokemon tool which promises intriguing new gameplay.

The upgrade will bump up Pokemon Go to version 0.37.0 and 1.7.0 for Android and iOS, respectively. Once downloaded, you’ll be able to choose a Pokemon from your collection as your buddy. It’ll appear besides you in your Trainer avatar on your profile page. The benefits to having a companion are a bit vague right now, with Niantic promising unique in-game rewards and experiences.

The only specific advantage mentioned is that you’ll get bonuses like Candy for walking with your Buddy Pokemon. Moreover, you won’t get stuck with one pal in case things don’t work out between the two of you, since you have the power to change your partner at any time.

The other big addition coming in the update is support for Pokemon Go Plus. The wearable is set to hit availability on September 16. The device uses Bluetooth to connect to your smartphone, allowing you the luxury of keeping your handset in your pocket while you’re out and about hunting for Pokemon.

Pokemon Go Plus offers a number of useful features such as the ability to light up and vibrate when passing by a PokeStop. This system is also used to alert you to any nearby Pokemon in your area. Catching one is simply a matter of pressing a button.

Other major improvements in the latest version of Pokemon Go include making it easier to view smaller Pokemon, fixing a glitch where Eggs would hatch without any of the accompanying animation, and better performance reliability when a device switches networks so the game won’t hang or stop updating.