Pokemon Go has stumbled into one controversy after another ever since its launch, but the latest one may just prove to be the final straw for devoted fans. The game received a major update to Android v0.31.0 and iOS v1.1 recently which has resulted in several players crying foul and posting one-star reviews for the app.

Hundreds of Pokemon Go players have claimed that all their in-game progress was reset to level 1 after updating the app. A number of them took to Twitter to air their grievances, demanding that Pokemon Go creator Niantic restore their growth or give them their money back.

Niantic later tried to reassure people that their progress was safe. According to its support page, the problem came about because players accidentally created another Pokemon Go account by logging in with a different email ID than the one they had originally utilized. To resolve the issue, the firm is advising consumers to login with their correct account, either by uninstalling and reinstalling the app or signing out of the application. 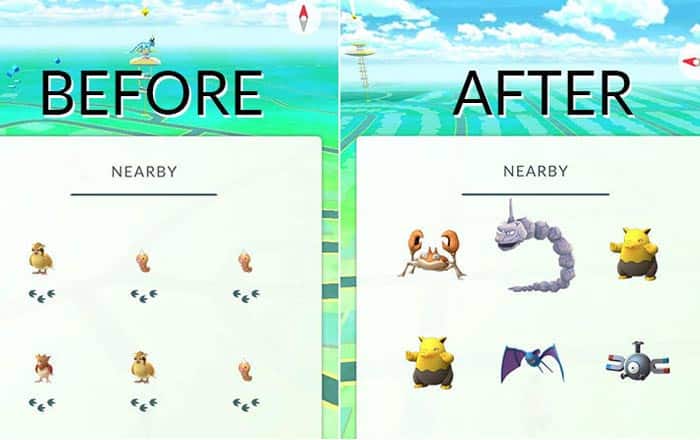 The update has also taken away the step counter tool. Pokemon Go let individuals see how far they were from a Pokemon via a footprint system, with no pawprint denoting that it was close and 3 indicating that it was at a long distance. However, many players have reported that a glaring error resulted in all Pokemon being shown at the maximum distance even if they were close.

Instead of resolving this glitch, Niantic has strangely chosen to remove the step counter altogether. Not only that, the brand has also blocked third-party Pokemon-finding platforms like Pokevision from working. This has resulted in a wave of fury directed towards the company, with numerous users vowing to quit rather than being forced to wander about with no idea of where to find Pokemon.

Niantic has officially issued a statement in an attempt to quell this anger. It apparently chose to eliminate the 3-step feature in order to improve the underlying design since people found it confusing. It’s now vowing to improve the tool. As for third-party sites, it says that the services were interfering with its ability to maintain quality of service and roll out the game globally.

Niantic notably shut down Pokemon Go’s battery saving option as well in the recent update. While the tool was useful to save up on power, many had complained that the screen became unresponsive after switching to the mode. The game’s upgrade wasn’t all bad news though, with a few neat changes such as being able to customize avatars at any time and making battles more balanced.