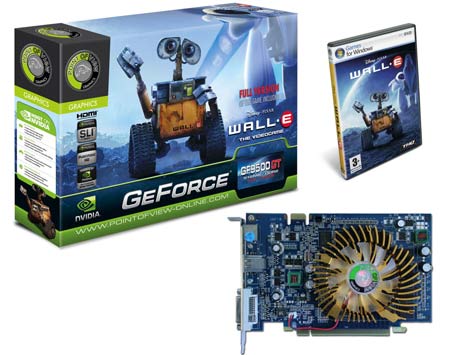 The GeForce 9500 GT graphics card can easily be bundled with an identical 9500 GT-based card for up to 2X the performance of a single card set-up. It is also compatible with PCI Express and the new PCI Express 2.0 bus architecture.

Point of View Nvidia GeForce 9500 GT GPU are available in variety of model including:

The graphic card will be bundled with the new Disney movie Wall.E. The pricing detail of the latest graphic cards is unavailable as of now.