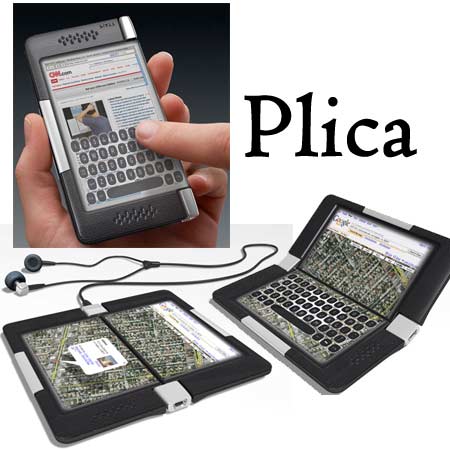 Looks pretty cool, doesn’t it? Plica is a concept mobile phone developed by designer James Piatt. It kind of looks as if the designer was inspired by the Nintendo DS gaming console.

The touchscreen phone can be folded and used like a laptop and that’s what its name suggests. Plica means folding of a body part.

You can use one of the screens as a keyboard, leaving the other free to double up as a monitor.

Apart from the above, no other detail has been made available. Considering the huge response Apple iPhone received all over the world, it would be interesting to see what would happen if Plica phone ever got approved for production.