Sony has finally announced availability details for the PlayStation TV mini console in the US and Canada, stating that it will go on sale starting from October 14. As you already know, the device is priced at just $99 and it lets you conveniently play various PS Vita titles on your HDTV.

As revealed by Sony, there will be around 700 games available for the PlayStation TV console at launch and many more are being planned for launch. You can expect to see titles such as Killzone: Mercenary, Metal Gear Solid, Persona 4 Golden, Borderlands 2, God of War Collection, Rayman Origins and more. 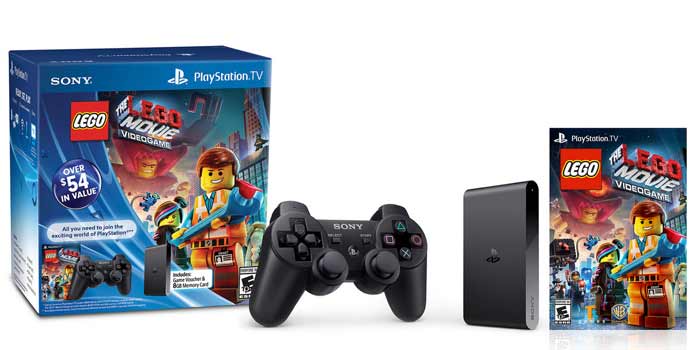 The PlayStation TV is actually a rehashed version of the Vita TV for Japan. It doesn’t have much of a competition in the US expect for the Amazing Fire TV which allows you to play Android games on the big screen.

The Sony console has the upper hand mainly due to the fact that it comes with support for PS Now that lets to enjoy PS3 titles with an internet connection, and Remote Play to stream games from the PS4 to your TV. Old PS One and PSP titles are also supported. Being an adaptation of the Vita, the device has the same hardware as the handheld, but with the inclusion of an Ethernet port and a full-size HDMI slot.

The $99 price is for the standalone bundle, while $139.99 will land you the console with a wireless DualShock 3 controller, an 8GB memory card and a free copy of The Lego Movie game. There’s an exclusive limited time bundle which delivers the same contents as the aforementioned one plus the Sly Cooper: Thieves in Time title at no extra cost.