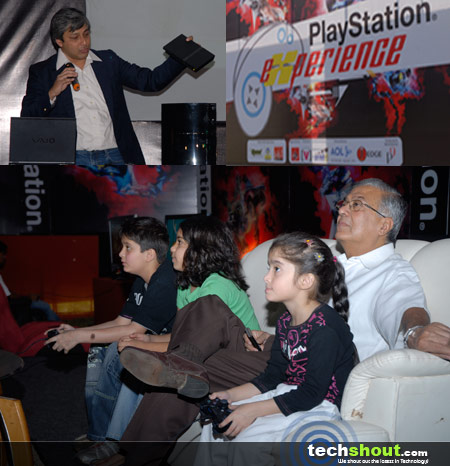 While Microsoft hosted the exclusive Gamers’ Night in Mumbai, Sony PlayStation did not want to remain too far. We are just back from the ‘PlayStation Experience – Entertainment like never before,’ organized by Sony Computer Entertainment India (SCEI) and have to admit that the entire setting, ambiance and feel is something that India doesn’t experience very often.

Held at the plush Taj Land’s End Hotel in the richie rich suburb of Bandra at Mumbai, the very first PlayStation Experience is a sure shot destination for most gamers and PlayStation aficionados this weekend. Gamers get a firsthand experience not only on the games but have an opportunity to play the titles in an appropriate setting complementing the genre and story of each game.

The event kicked off with a press conference where Atindriya Bose, Country Manager of SCEI spoke about the idea behind the PlayStation Experience and all that’s in store for gamers this weekend and this season in general.

Bose stated, “According to the industry reports, gaming is becoming increasingly accepted form of entertainment amongst Indian consumers and society. We perceive this as an ideal time to expose Indian youth to the complete spread of entertainment that is possible with PlayStation, the phenomenon that has taken the world by storm. PlayStation Experience – Entertainment like never before” aims to capture the attention of the Indian youth who is modern and gives value to quality entertainment solutions.” 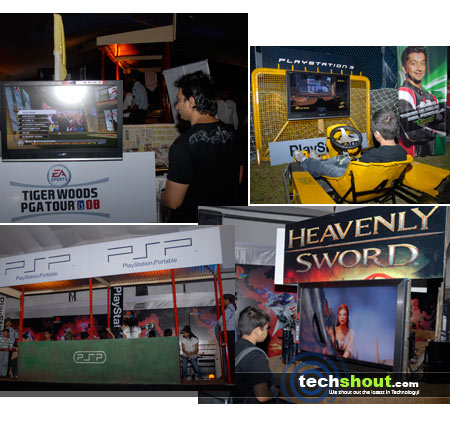 Stretched across 10,000 square feet of space, the event had seven different gaming zones such as the Sports zone, Speed Zone, Action Zone, Shooting range, Gaming Dungeon, Buzz World and the Sing Star Centre Stage. From 6-60 years of age, the PlayStation Experience had them all.

Coming to the announcements, Bose surely had a lot of new entrees stepping into the PlayStation world. Below is the list:

On conclusion of the press conference we were ready to lay our hands on the various game kiosks. From Resident Evil to Medal of Honor: Airborne to the newly announced games, we got to play it all. The décor was apt, and amidst the 40 plasma screens, sets, bikes, bows-arrows and what not, any PlayStation lover is sure to be in for a treat!

And if you’ve heard “Children”, “Fable” and “One and One” much more than the holy chants, and you’ve always loved Robert Miles, then you’ve ought to be jealous of me as now I’m heading to an exclusive Miles show arranged specially at the PlayStation Experience.

And if you’ve missed the gaming fun today, then you can just drop in at Taj Land’s End and have a blast tomorrow.