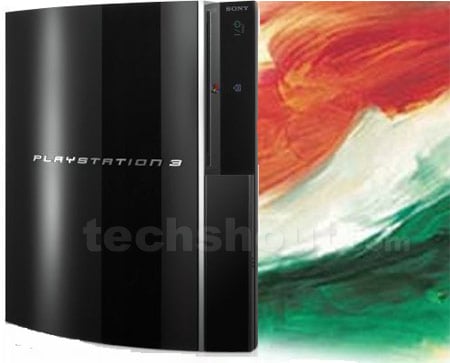 The Sony PlayStation 3 is finally making its way to India, for an official announcement on the same confirmed that the shiny black box will launch on April 27, 2007. This PS3 India launch is part of Sony’s PS3 launch across the PAL (video game publication) territories including the Middle East, Europe, Africa and Australasia.

The PlayStation 3 is definitely the most advanced computer system that serves as a platform for next-generation computer entertainment content. Besides playing a host of great games specially designed to take advantage of the PS3, you can also watch movies in high definition and connect to the Internet as well.

Besides, there’s the PlayStation Network that enables PlayStation 3 gamers to meet and play against each other online. Moreover, the Giga-bit Ethernet and pre-installed hard disk drive (HDD) that is a standard feature in all PlayStation 3s allows users to download a variety of content as well as access online games and services over the network.

Game titles covering a variety of genres from publishers such as EA, Namco Bandai, and Sony Online Entertainment is expected to be available in India together with the launch of the PS3. Each game will be priced at Rs.2,799 and will be distributed by Milestone Interactive Software.

There are a number of hit games to look out for, including Resistance: Fall of Man, Ridge Racer 7, Fight Night Round 3 and the famed Need for Speed: Carbon.

It’s high time that the PS3 made its way to India. The only drawback could possibly be the price tag, because if you think about, you could get 2 Xbox 360 Core versions in that amount. The gaming scene is also slowly picking up in India. So, we’ll just have to wait and watch how we Indians receive the PS3.