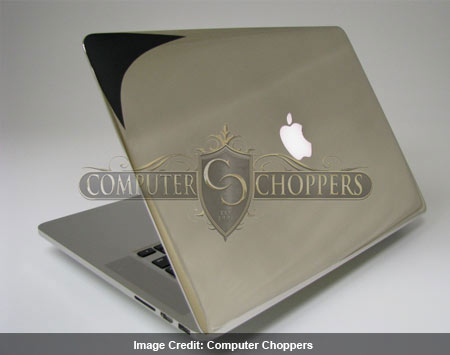 The platinum-plated MacBook Pro 15” with Retina display which was unveiled recently by Computer Choppers has grabbed our attention thanks to its attractively gleaming appearance. This custom-made product is another one off the desks of the computer customizing company which specializes in one-off devices for interested buyers. Apple products have been its playing ground since long, and everything from the iPad to the iPhone to the company’s laptops have been customized by it in the past.

The price and availability information of the platinum-plated MacBook Pro 15” with Retina display has been held back by its maker, while only two photographs of it have been released. As can be garnered from these images, the laptop’s body seems to have been coated with platinum on its outer shell as well as the area around the keyboard. The well-lit Apple logo stands out as usual, giving the machine the trademark visual appeal that users want from a MacBook. 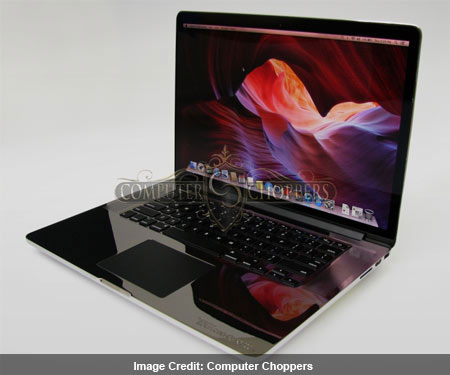 Features common to both include a 720p FaceTime HD camera, an Intel HD Graphics 4000 processor and an Nvidia GeForce GT 650M GPU with 1GB of GDDR5 memory. The laptop houses a MagSafe 2 power port, two Thunderbolt ports, two USB 3 ports, an HDMI port, a headphone port and an SDXC card slot. Furthermore, its other features comprise Wi-Fi, Bluetooth 4.0 and a battery which grants enough juice for it to last up to 7 hours over wireless web.

Detailed information about the platinum-plated MacBook Pro 15” with Retina display from Computer Choppers is not available as of now. Those interested can head over to the company’s official site and contact the concerned folks.