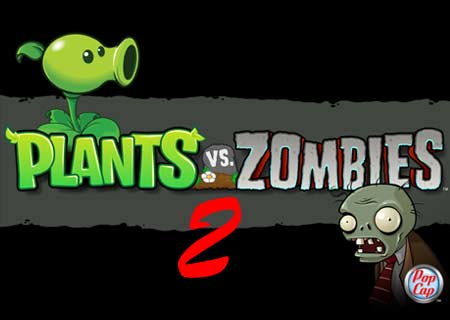 PopCap Games recently announced the upcoming Plants vs. Zombies 2 title which is the sequel to the first installation that made its debut for Windows and Mac systems back in 2009. The second iteration in the franchise is expected to launch sometime during late spring of next year.

Apart from a release schedule, the company hasn’t provided any concrete information on the improvements and gameplay the title will offer. For now, it’s expected to arrive bearing various new features to deliver a better experience compared to its predecessor along with fresh settings and situations to keep gamers hooked.

For those who are new to the title, it basically falls under the tower defense genre. In the original release, players go up against 26 types of zombies with an armada of plants to defeat the undead. In the PC version, users can fight off monsters in 50 levels, play 20 mini-games and even take a shot at the puzzle as well as survival modes.

A quote from Sonny F. Lower, a representative of the Flora Forever Foundation and one of the game’s denizens, states, “There was a time we relished a bracing, hearty blend of zombies, in the morning. But first, a brisk shower and some strategic pruning are required. Tomorrow is near!”

The title has been ported to various other platforms including gaming consoles. They include the Xbox Live Arcade, Nintendo DS, PlayStation Network, DSiWare and more recently, the PlayStation Vita. Gamers can also take part in zombie carnage through mobile devices based on iOS, Android and Windows Phone 7.

At present, the developer hasn’t offered any mention of price tags for the Plants vs. Zombies 2 game. However, its release date is expected to fall sometime during the first half of 2013.