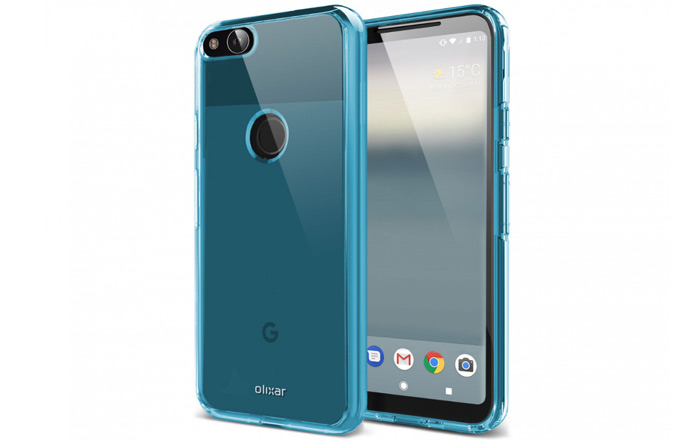 The Pixel 2 and Pixel 2 XL have gotten the case maker leak treatment, with Olixar taking up the task of sharing photos of what the phones will look like when the two come out later this year. The images are the result of a collaboration between Forbes and retailer MobileFun.

Olixar has a reputation for accurate leaks, getting the design of the iPhone 7 and Galaxy S8 right prior to launch. However, its Pixel 2 images stand in stark contrast to the ones posted by OnLeaks and MySmartPrice a week ago.

While those renders featured a boxier design, the Olixar-made ones are more in line with the original Pixel. The bezels are clearly narrower, but it’s present all around in a very LG G6-like style. LG is heavily rumored to be the one manufacturing the Pixel 2 XL, so the fact that Google might be taking inspiration from it doesn’t come as too much of a surprise.

Perhaps the surprising part is that HTC, which is said to be in charge of the smaller Pixel 2, will also be sticking to the same design. A few reports had suggested that Google might change up the look of each, but it now appears the company is sticking to its same-design-in-different-sizes policy as last year.

The surfacing of Olixar’s renders coincides with the appearance of several third-party case maker leaks on Amazon. Most appear to be fake, with one of them using a Pixel 2 render created by Benjamin Geskin earlier this year. MobileFun is currently selling Olixar’s wares on its website.