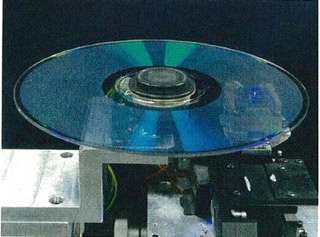 Up till now we used external hard drives to store huge amount of data and back ups. However what if we get a disc that stores 400 GB of data. It’s not a joke.

Pioneer has announced to successfully develop first 16-layer optical Blu-ray disc with a capacity of 400 GB. Each layer of the Blu-ray Disc features a capacity of storing 25 GB of data.

However the 400 GB Blu-Ray disc is as of now in read-only stage. The technology for playing a 16 layered disc has not been developed yet.

Pioneer has not disclosed technical specifications and other details regarding the disc. Company intends to release this information the International Symposium on Optical Memory and Optical Data Storage 2008 (ISOM/ODS2008) to be held in Hawaii from July 13.

If this 400 GB disc comes in the market with its compatible player, it would be great boon as it will reduce the amount of discs to be used for storing huge sized data.