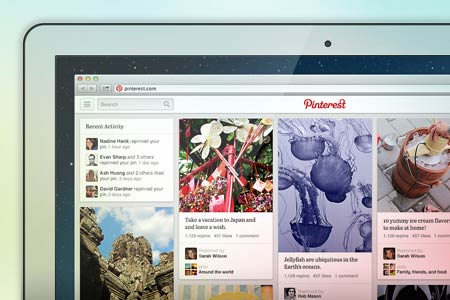 Pinterest is changing its appearance and getting a new look. Not so fast! This change doesn’t take away from the gloriously themed styling it is famous for. No. And add to it, this is just a test and so only a very small group of people will be able to see the site through a new lens, so to speak.

Pinterest’s updated look can be attributed to the feedback that the site’s owners have received. The change has apparently been incorporated with the suggestions of users in mind, and the site anticipates that it will imbibe a few things from the test.

So what changes does this test bring exactly? Well, for starters navigation has been made easier. What it means is that users will be able to navigate to what they want and where they want to go, faster. In addition, pins are now bigger and more information about each of them has been added. But doesn’t this take away from the beautiful interface that was in place earlier?

Well, the decision to enlarge pins has apparently been incorporated to allow users to more easily find things they are interested in. An example of this functionality, as explained by Vy Phan – a software engineer – on the official Pinterest blog, is that on each pin, users will see others from the same board, other boards on which the pin in question appears, as well as related pins.

And there have been a few changes ‘behind the scenes’ as well. Back end improvements mean that things should be faster in general. But if anything, this new look seems a tad more complicated instead of being simpler. The company claims the layout makes it easier to get around on the web site, albeit with added navigation tools.

That’s all well and good, but when will people start to see the changes first hand? Well, there’s no easy way to put this. The changes will be made available to a small group of people only in the coming weeks. Then the folks running the web site will decide when (and probably whether) to roll out the updated look more broadly, after the kinks have been ironed out. 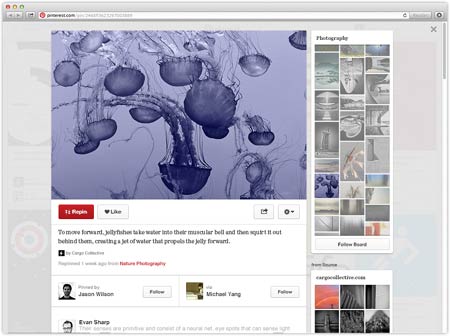 Oh, and those who would like early access to Pinterest’s new look can apply for the same. Head over to the blog post to find out more. And it must be mentioned that within the new appearance, a few features have been temporarily disabled including the activity tab and the ability to rearrange boards and find and invite friends.