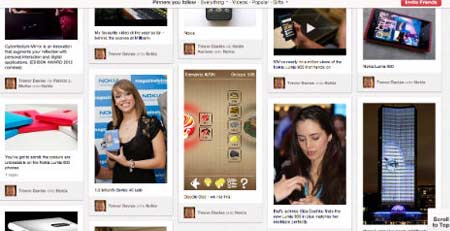 The Windows Marketplace now hosts a new app called Pinspiration, which is aimed at bringing easy access to the much-talked-about Pinterest website, from any handset running the Mango OS. With this, existing account holders of the image-based SNS can ‘pin’ and ‘repin’ images from just about anywhere through their smartphones.

The social network was launched in March 2010 and it has already crossed the 10 million visitor mark. Users can set up an account by requesting an invite from the website. It is supposed to take about a day for this application to be processed. Once that is done, hopeful ‘pinners’ can set up their profile, start uploading, ‘pinnin’, ‘liking’ and commenting on photos from all over the portal.

A recent post on the official Nokia Conversations blog mentions, “This social network has so much potential. It works simply as a set of personal picture albums, which display better than Facebook. Or it works as a message or memo board, to bring new websites or information to the attention of your followers. As a viral way of spreading images, it seems hard to beat. And it works well as a kind of plug in to Twitter and Facebook.” 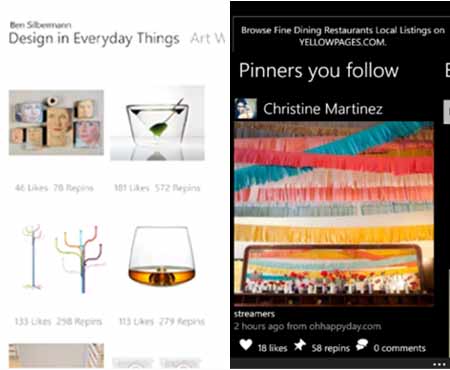 With the mobile app, users can conveniently log into the website and upload photos from the media gallery. In-app settings also allow clicking images from the camera in question and ‘pinning’ them directly. It is not necessary for the photos to be shared or be made accessible to all. Owners can even change privacy settings to hide them from others.

The Pinspiration app for Windows Phone 7.5 and higher may be downloaded free of cost from Windows Marketplace. An ad-free version called Pinspiration Pro can also be installed at 0.79p.