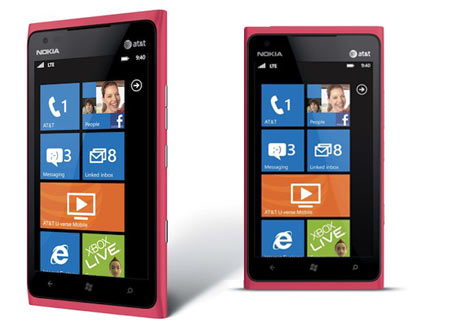 Through a post on the official Nokia USA Twitter account, the Finland-based manufacturer announced the coming of a pink Nokia Lumia 900 which is exclusive to AT&T. Stated to arrive soon, the handset will make its appearance in this new shade, updating the current choices of white, black and cyan colors.

The company highlights that the smartphone isn’t just sprayed with the bright hue. Instead of simply laying out a coating of the color on the top layer, the entire unibody polycarbonate form factor is built from a piece of plastic that’s pink throughout. This apparently helps reduce the visibility of scratches.

“Presently, the popular Lumia 900 is sold from AT&T in white, black and the popular cyan color. Today, we’re proud to announce the addition of a stunning new color that’s sure to make you stand out from the crowd. The Nokia Lumia 900 will soon be available in the US from AT&T in a beautiful pink color,” reads a post made on the official Nokia Conversations blog. 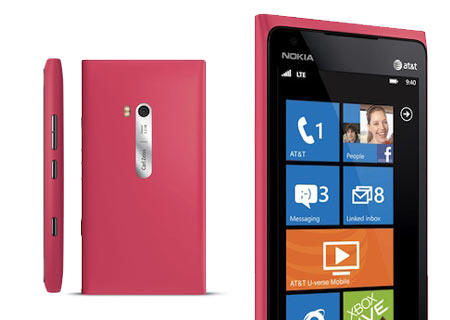 A quick refresher of the handset’s specs – the front dons a 4.3-inch ClearBlack AMOLED display proffering resolutions of 800 x 480 pixels. Running on the Windows Phone 7.5 platform, the device is soon to get updated with a couple of backported Windows Phone 8 features. A 1.4GHz Qualcomm processor is paired with 512MB of RAM for a smooth experience, while an 8MP camera featuring a Carl Zeiss lens takes its place on the rear.

The pink Nokia Lumia 900 release date points to this Sunday, July 15, 2012, while price details are expected to stay the same. That’s $99.99 with a 2-year contract. Potential users can head over to AT&T Stores in the US and order a direct fulfillment unit or pre-order one through the carrier’s website.