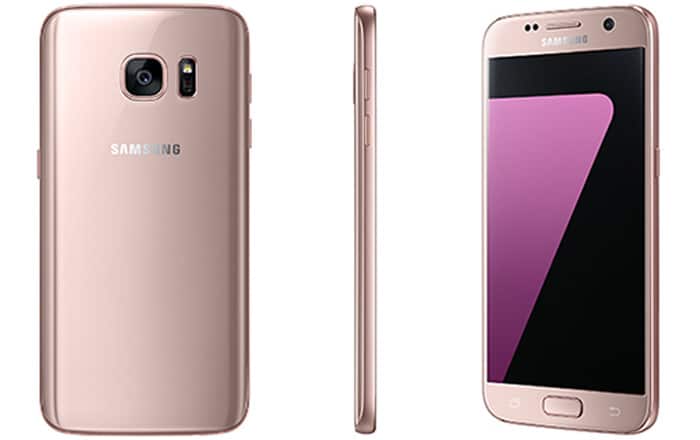 Samsung’s been on a color-centric mission when it comes to the Galaxy S7 Edge, releasing shade after shade of its flagship phone months after its initial arrival. The brand has now launched the Pink Gold variant of the handset in India.

The Pink Gold Galaxy S7 Edge made its international debut back in April this year. It’s priced at the same Rs 50900 in India as the rest of the color choices. These include Gold Platinum, Black Onyx, Silver Titanium, and Blue Coral. The last notably arrived in the country just a few weeks ago.

The only Galaxy S7 Edge options not available to Indian customers right now are White Pearl and Black Pearl. The latter went official earlier this month, inviting comparisons to the iPhone 7’s Jet Black shade due to the common glossy look and feel.

The Galaxy S7 Edge’s Pink avatar is available only in a 32GB storage model. All variants of the smartphone are being bundled with a Gear VR and one-time screen replacement offer. Consumers will have to fork over Rs 1990 for the former and Rs 990 for the latter, marking a total of Rs 2980.

Specifications of the Samsung Galaxy S7 Edge at a glance:

You can buy the Pink Gold Galaxy S7 Edge via Samsung’s online store.