HTC Desire 816 happy to flirt with pink for Hong Kong

Rumor had it that the HTC Desire 816 exists in more colors than what its maker has showcased till now, and a pink colored variant has at last surfaced, albeit in Hong Kong. This puts a question mark on whether it will be made available in other parts of the globe, but there’s no harm in staying optimistic by those who would like to indulge in this floral shade.

HTC has unveiled this model alongside the Desire 610 and the Desire 616 for the Hong Kong market, as reported by Engadget China. The pink colored phablet retains the price tag of the original device of course. 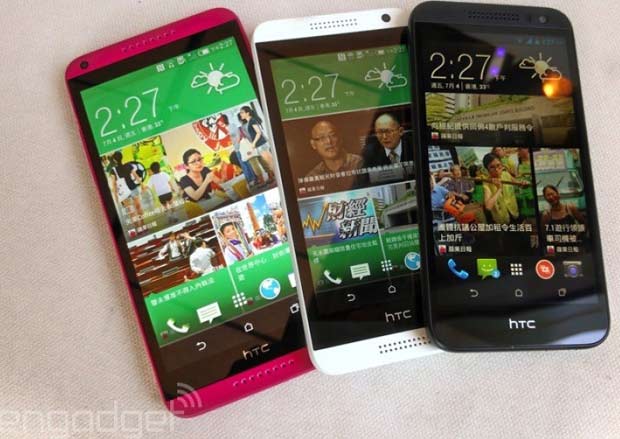 The HTC Desire 816 comes equipped with a 5.5-inch 720p HD display and grabs a Qualcomm Snapdragon 400 chipset running a 1.6GHz quad core processor. On the memory front, 1.5GB worth of RAM can be found on it apart from 8GB of storage which is expandable up to 128GB with the help of a microSD card.

Here’s a crisp look at the specs of the HTC Desire 816:

Also Read: HTC Volantis is said to be the next Nexus tablet with 8.9-inch display

There’s a 13MP camera bolted onto its rear surface, whereas a 5MP snapper has been granted to it front face. This HTC handset features a 2600mAh battery which promises up to 21 hours of talktime and up to 614 hours standby time on 3G.

Like we said, the pink colored HTC Desire 816 is a Hong Kong exclusive for now, but there’s no reason to believe that status quo will exist for long.