Pink 3DS XL debuts in the form of game bundles 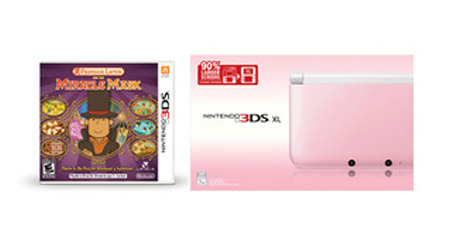 While its predecessor had indeed made an appearance in the rosy color, a pink 3DS XL is the first time that the new and larger device is being offered in the said hue. On sale exclusively through Gilt, this model of Nintendo’s 3D gaming handheld is being offered in the form of two bundles, one of which contains a copy of Professor Layton and the Miracle Mask and the other, Style Savvy: Trendsetters. It should be noted however, that the former is now sporting a ‘Sold Out’ tag.

Joystiq spotted the device on Gilt’s listing, and has noted that the retailer is the first in North America to offer the pink-colored version. While Japan had got this hue in September this year, Europe is still to witness it. A rose tinted model released in the same month is about as close as it comes to the new color. Besides, there have been a number of other limited edition versions sporting artworks of different games. 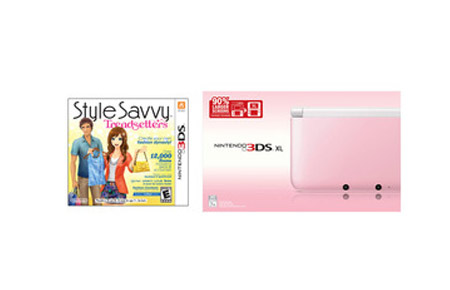 This new version of Nintendo’s handheld was released in July this year. The 3DS XL features larger screens as well as an extended battery life, as compared to the original 3DS. To be exact, the screens on the device are 90% larger than those on the earlier model, whereas the battery life has been enhanced by 86 percent.

The first bundle that the new pink 3DS XL is part of, contains a copy of Professor Layton and the Miracle Mask, and sells currently at $219.99. The one with Style Savvy: Trendsetter is also priced the same.