Some pictures and specs of the Oppo N1 mini have leaked, grab your first look here

Since May this year, there have been rumblings about the existence of an Oppo N1 mini, and we now have what appear to be the first pictures of the said handset. They show that the smaller version of the N1 has embraced the same unique design approach of its parent by going for a flippy camera that eliminates the need for two separate clickers on the front and rear.

Oppo N1 mini can be seen placed alongside measuring scales which confirm that it’s indeed a smaller device than its large cousin. Phone Arena spotted these images in the device’s FCC documents which have also provided some insight on the specifications of this upcoming handset. 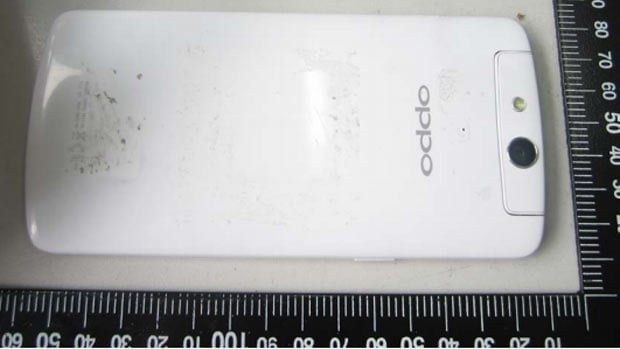 Instead of large 5.9-inch 1080p full HD display of the N1, it will go for a 5-inch 720p HD panel. Its battery capacity too will be watered down to 2140mAh from 3610mAh. More importantly, the N1 mini will retain the 13MP camera, complete with its swivel mechanism.

We’re not yet sure about when the Oppo N1 mini will be unveiled by its maker, judging by the fact that it has reached the FCC, it shouldn’t take long. 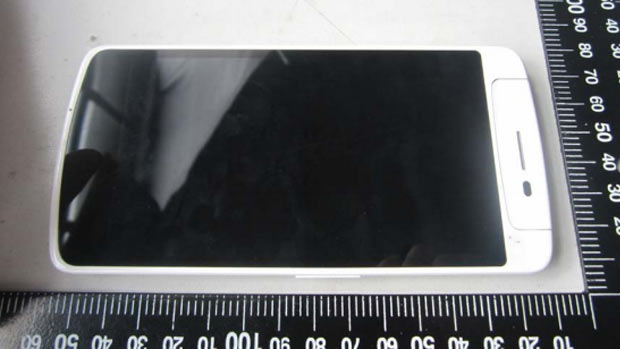 Here’s all those specs of the Oppo N1 mini which we know right now: