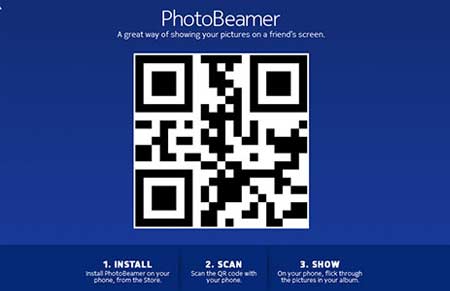 A new app named PhotoBeamer has been launched by the Finnish mobile giant for its brand of Lumia phones. Available now only for Nokia devices equipped with the Windows Phone 8 operating system, the software helps users showcase images from their phones on other screens wirelessly. This app can now be downloaded only by those who own the Lumia 820 and the Lumia 920, but it is expected to be made compatible with other Nokia devices in the future.

All users need to do is install the app on their devices, and use it to browse through their pictures in the gallery section. Then they should open the website photobeamer.com through their web browsers (not via their phone). The QR code that appears on the site will need to be scanned, and once accepted, all images on users’ phones will directly be viewable on the browser. This way, they will be able to show their images to anyone instantly on larger screens. 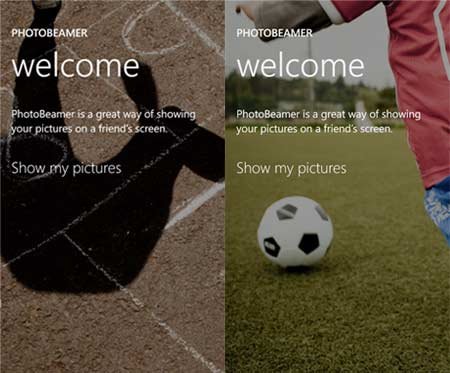 As far as the process of how the PhotoBeamer app works goes, Nokia has released a brief explanation about it as well. The QR code that the website generates is a different one each time. As soon as the scan is complete, the application begins sending the pictures to the site, while also caching them for fast performance. The latter process happens as users scroll back and forth through a set of images.

So in actuality, these photographs are streamed by the software progressively from the device to the target screen. A standard 3G connection or 4G and Wi-Fi will be needed to run the app successfully. This fresh product from Nokia is the result of its recent acquisition of Swedish imaging software company, Scalado, whose David Fredh acted as the lead product manager for the development of this software.

Scalado has already unveiled a version of the app for iOS, and such features are available to be exploited via Android as well. Apps like Airdroid currently allow Android users to wirelessly manage not only their images but all the contents of their memory cards through their desktops. The PhotoBeamer app can now be downloaded through the Windows Phone Store by users of the Lumia 820 and the Lumia 920, for free.