That Philips Xenium W9588 which hit the rumor mills in early October has finally been launched. For the few of you who are fans of the clamshell form factor, don’t get your hopes up yet unless you live China. Philips has only unveiled it in this part of the world and hasn’t committed to releasing it anywhere else for now.

There are two things the Xenium W9588 stays consistent with in keeping with certain trends we’ve been seeing in this half of the year – it’s an expensive flip phone and it is painted in black and the current favorite color, gold. The attached price tag reads 4,999 CNY, which would roughly translate into 824 USD. 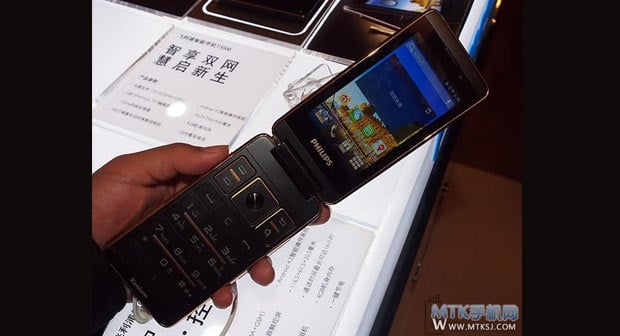 The images come courtesy of mtksj and we’ve heard the details on specifications in a previous report. Accordingly, the smartphone runs on Jelly Bean 4.2 and sports a couple of 3.5-inch WVGA touch displays. It’s got a quad core 1.2GHz MediaTek MT6589 chipset and 1GB of RAM to keep things going.

There’s 4GB of onboard memory and because this is obviously going to fall short, Philips has also thrown in a microSD card slot for adding up to 32GB of extra hoarding space. For photography purposes, users can look forward to an 8MP camera on the rear and there appears to be a webcam above the screen on the inside. 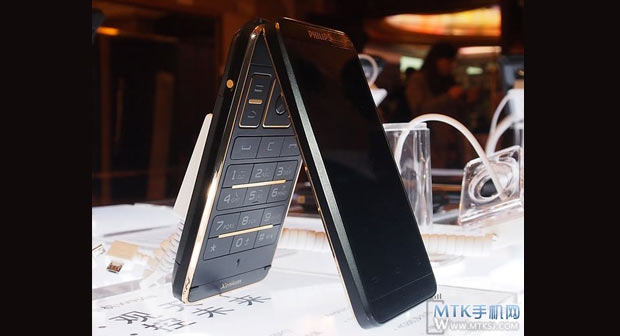