Philips isn’t a very well known name in the smartphone game, but its upcoming I908 handset could land it the attention it deserves. The device will reportedly come with a super slim design and it might go after the world’s thinnest title.

Currently, the Gionee Elife S5.5 carries the said title as it flaunts a 5.5mm thick design, but that could change. GSMDome is reporting that Chinese website CNMO has managed to get its hands on a teaser image of the Philips I908 smartphone where it’s shown to have a pretty slender appearance. The exact dimensions of the handset have been disclosed, but the company could be cutting it close to achieving the title. 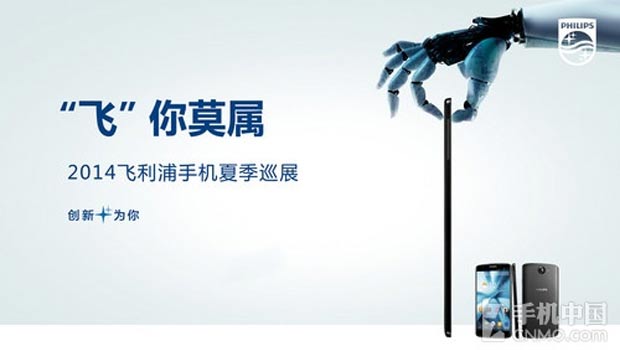 According to the report, the smartphone will be a smaller version of the I928 phablet (see below) which went official with a 6-inch display. This phone should have the same design, but with a 5-inch HD display. The MediaTek MT6592 octa core processor clocked at 1.7GHz will deliver the steam and there will be 2GB of RAM, 16GB of storage, a 13MP rear camera and a 5MP snapper on the front. And that’s about all the information we’ve got on the handset.

Overview of the leaked Philips I908 specs: 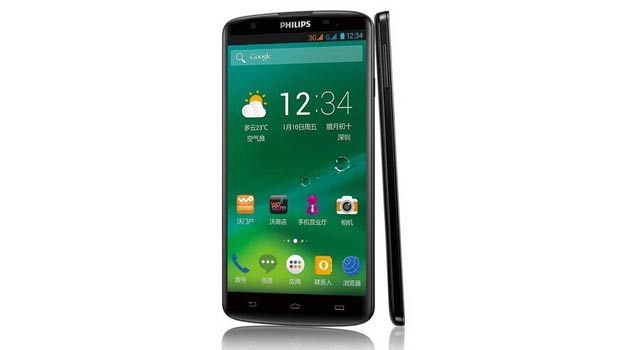 Philips isn’t afraid to experiment with its phones. Back in April, it launched the W6618 Android handset which packed a decent set of specs and a whopping 5300mAh battery. Sadly, not all of its devices make it outside China and the super slim I908 could share the same fate.