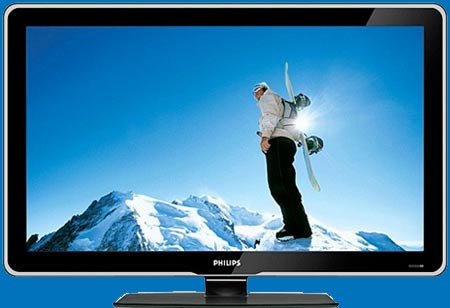 Earlier gadget makers never cared about the nature while making new gadgets and devices, but now invite the new era which inspires the manufacturers of technology to bring in devices which are eco-friendly and care for the environment. Philips steps in with Eco TV 7000 Series which promises to support the earth and the environment.

The Eco TV 7000 series offers 120Hz LCD panels which is controlled by an image processor. The television smartly hides its speakers into its panels. The Philips Eco TV 7000 Series goes the green way by utilizing ambient light sensor that’s sets the brightness automatically during the darker scenes. Although the TV adjusts the brightness yet it provides the best possible clarity.

The 7003 Series is the new high-end model of Eco-friendly Televisions by Philips. With a large screen size measuring 56 inches, the Eco TV will arrive in the month of July with a price range of $1700 to $2700