PES 2010 to be the most realistic football simulation available: Konami 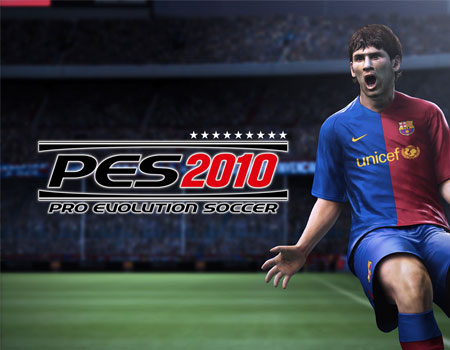 Gamers looking forward to Konami’s PES 2010 can now gear up for some more action on the soccer field. Konami reveals that its forthcoming title will gain benefits from the most complete array of novel features making it the most real-life game in the series’ history. Loaded with improvements encore, the title includes major additions to its gameplay.

Claiming to be the most realistic football simulation game available, the PES 2010 has been improved on the basis of analysis and feedback that was garnered in many months. Through fan forums, Konami’s PES productions collected feedback on the positive and negative aspects of the series. The team surveyed both ardent and casual PES players in addition to comments from the press.

According to Naoya Hatsumi, Producer for PES Productions at Konami Digital Entertainment Japan, “We have been monitoring feedback and comments on the progression of the PES series for some time now, and PES 2010 will see us implementing a great deal of the ideas players have been requesting. We aim to make PES 2010 a more user-friendly, immediate experience that places the emphasis on getting straight into the gameplay for which the series is famed. PES 2010 will look better, will play better, and will recreate real football as closely as the current hardware will allow.”

“The preparations for PES 2010 have been in place for some time now, with the reorganization and increase of the Tokyo-based studio allowing expert teams to concentrate on their particular area,” added Jon Murphy, PES European Team Leader. “We are now in a better position to implement the greatest raft of changes and improvements to the series we have seen, and thank the PES community for their input.”

Comprising of a variety of requests based on the analysis, the upcoming PES title, Konami suggests is expected to be its most challenging and true-to-life game. With improved visuals, the title offers player likenesses and animations that are very close to real-life. Boasting of live player expressions that are exhibited well with an enhanced lighting system, the game also includes improved stadium detail.

The gameplay aims at taking the match excitement between players to elevated heights. Gamers are offered features like intuitive zonal defending along with the strategic play and smarter referees with intelligent AI elements for balanced calls. Besides the key out-field elements, the game also packs in more versatile goal keepers with reworked skills.

The game has also been revamped as far as animation and moves are concerned. The all-new functions in the game include many updated elements which cover dribbling, turning, kicking and change of pace during ball passes between players. Including new chants and cheers, the game also offers a completely refreshing match-day atmosphere with subtle differences between Home and Away matches. Individual play characteristics of the players have also been worked upon. A player’s best abilities have now been tied to a distinct AI.

Implemented with Teamvision 2.0, the AI of the game is now better with midfielders and defenders working together to cover spaces and defend attacks. Additionally, soft goals can also be removed. Offering a new level of control to the players, gamers can also enjoy better free kicks. Based on a new power gauge system, the upcoming title allows users to balance their strategies. Shooting penalties is also more realistic with a new system that enables greater control, placing and accuracy.

In addition to this Konami also plans to improve PES 2010 online by offering more downloadable content. The company intends to deliver team and content updates throughout the game’s lifespan.