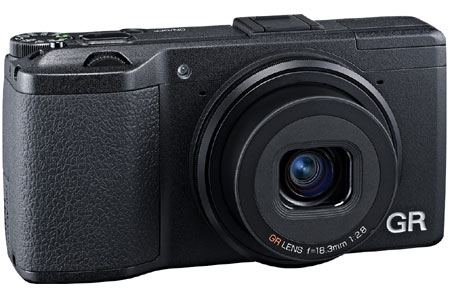 Pentax has announced the Ricoh GR, a compact camera with a 16MP APS-C sensor and it is slated to arrive in May for a price of $799.95. A lot of technical features have been packed into the device in order to give it functionality which is almost on par with some DSLRs out there. It comes with a 3-inch LCD screen, but there is a mount for an external optical viewfinder.

Let’s get right into the specifications of the new camera then. The Pentax Ricoh GR has an APS-C-sized CMOS sensor which delivers a shallow depth of field as well as good low-light performance. The sensor is capable of a wide dynamic range, which means that images can be captured over a variety of scenes. Like we’ve mentioned, this is a 16MP device, and it has a completely redesigned optical path. 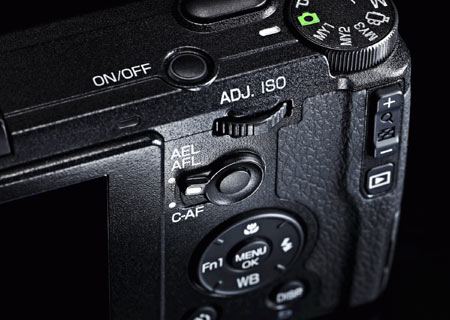 There is also a new GR Engine V imaging processor which makes it possible to shoot at up to ISO 25600 while minimizing noise. A newly designed lens-driving mechanism has been incorporated and it is combined with an optimized AF algorithm leading to a high-speed auto focus system. The company claims the camera can focus on a subject in two-tenths of a second. Additionally, it boasts of an approximately 1-second start-up time for speedy capture. 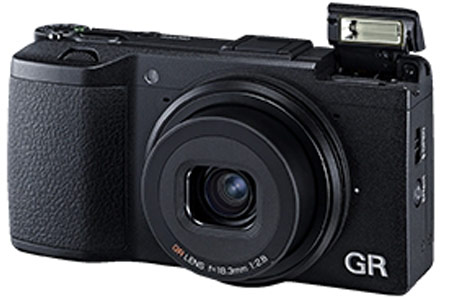 The Pentax Ricoh GR offers a few features that are more frequently found in DSLRs and these include in-body RAW-data development and a dedicated depth of field preview button which makes it easier to quickly inspect the focus before capturing an image. And the camera can capture video in 1080p, with continual AF during recording.

With so many ‘connected’ devices we are seeing like the Samsung Galaxy Camera, the Pentax Ricoh GR has a few socially appropriate highlights as well. There is optimized Eye-Fi SD card compatibility which helps in photo and video sharing. The menus have been constructed in such a way that it is simpler to transmit images and videos to a smartphone. And if that wasn’t enough, users can even resize images before they push them to a handset. 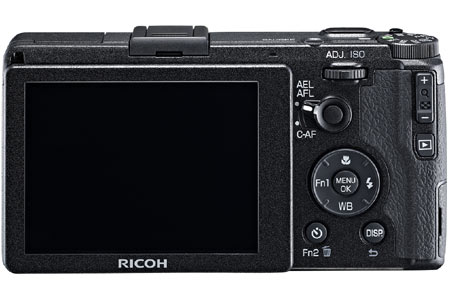 The Pentax Ricoh GR weighs about 245 grams and will go on sale next month for the aforesaid amount. The company has an optional wide-angle conversion lens on offer, extending coverage to 21mm.