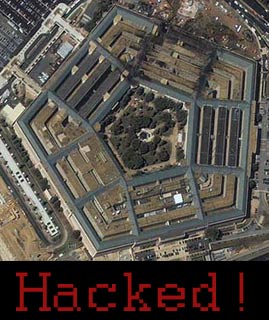 A cyber-attack on the US’s Pentagon has forced it to take around 1500 of its computers offline. This is because an unknown hacker has successfully managed to penetrate one of the email systems at the Defense Department of the Pentagon.

Secretary of Defense Robert Gates said, “Elements of the OSD unclassified email system were taken offline yesterday afternoon, due to a detected penetration. We obviously have redundant systems in place, and there is no anticipated adverse impact on ongoing operations. There will be some administrative disruptions and personal inconveniences.”

Besides the above, the Pentagon Department of Defense did not reveal any other details on this. However, it is known that systems are expected to return to full operation very soon.

Here is what a Pentagon spokesman had to say on this issue, “The nature of the threat is large and diverse, and includes recreational hackers, self-styled cyber-vigilantes, various groups with nationalistic or ideological agendas, transnational actors and nation-states.”

Gates also said that a variety of precautionary measures were being taken and hence they expected the systems to be up and running again soon.

He also added that the Pentagon is an obvious target for hackers with hundreds of attacks being attempted each day. However, those who are caught will have to face a high penalty.

Also, when Gates was asked whether his own email account had been affected by the attack, he said, “I don’t use email. I’m a low-tech person.”