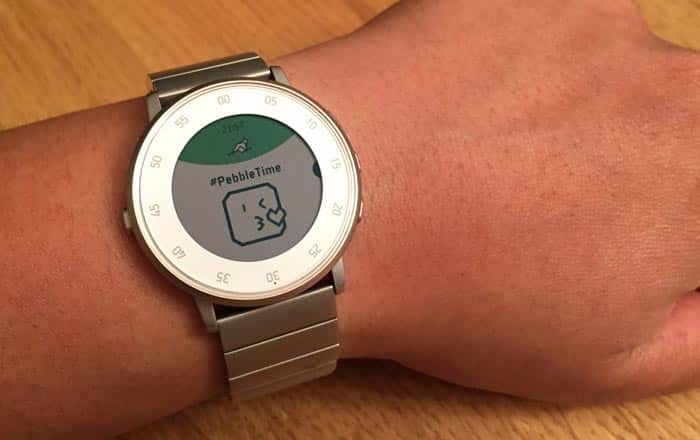 Buying a Pebble smartwatch in India has just gotten a lot easier with the official launch of the company’s lineup in the country. The brand has come a long way since its first kickstarter back in 2012 which had pushed wearables into the public consciousness.

Pebble’s range of smartwatches are now selling exclusively via Amazon India. Consumers have a number of options to choose from depending on their needs. The Pebble Classic offers a simple black-and-white e-paper display and is the cheapest of the lot at Rs 5999. Users who prefer their notifications to be in color can opt for the Time which is priced at Rs 9999.

Those seeking a more fashionable accessory should look into the leather-bound Time Round which is being sold at Rs 13599. Finally, people who want a traditional-looking timepiece should consider the Time Steel which they’ll have to shell out Rs 15999 for. All the models are compatible with both Android and iOS.

Pebble’s smartwatches generally offer the same basic set of specs like a long-lasting battery life and notifications for messages and emails. The company recently came out with a new update for its Pebble Heath mobile app which shows off comprehensive fitness data in the form of activity trends over time and accomplishments.

The update also includes enhanced sleep tracking tools, insights, peppy encouragements, and the ability to automatically track runs and long walks. There’s also a new smart alarm feature which wakes users up during their lightest sleep time so they wake up refreshed.

Like we said above, you can buy the Pebble smartwatch of your choice from Amazon India starting from Rs 5999.