Pebble has updated its Android app store to version 2.0, and has brought it onto the Google Play store for owners of the smartwatch to download. Compatible with both Pebble and Pebble Steel, this store allows you to download apps and watchfaces, view old notifications and enables apps to be downloaded to the locker.

The locker is actually meant to act as a storeroom for third-party apps, as Pebble still allows just eight third-party applications to be present on it at once. The locker hence stores all the downloaded software to make it easier for you to switch between apps as required. 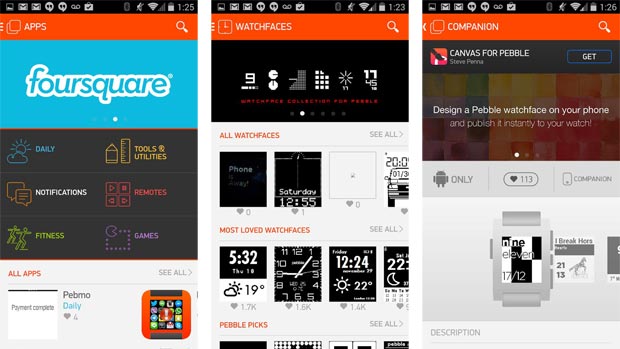 The makers of this smartwatch have also announced the release of a few new apps that include Evernote, Time Warner Cable and ebay. The Evernote app sounds pretty interesting as it lets you access your checklists, reminders and notebooks right from your wrists.

The Time Warner Cable app on the other hand enables Intelligent Home subscribers to control various functions in their houses using Pebble. And lastly, there’s eBay which lets you access your feed and discover new products on the smartwatch, but this is of little use due to the product’s monochrome screen.

The Pebble app store for Android can be downloaded now through the Google Play store by all those who own the smartwatch.