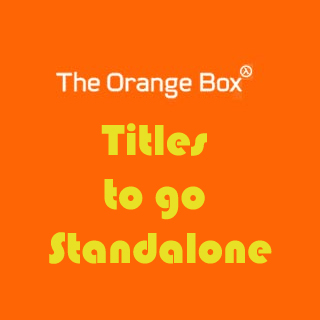 Developer Valve Software has announced that the standalone PC retail versions of Team Fortress 2, Portal and the Half Life 2: Episode Pack will be available on shelves separately next April.

Initially, The Orange Box’s offerings have been packed together at retail. However on April 9, Team Fortress 2, Portal and the Half-Life 2 Episode Pack will be available individually in North America, with worldwide releases on April 11.

Valve VP of marketing Doug Lombardi stated, “Given the unique nature and length of the games inside The Orange Box, the compilation approach was the right vehicle for the debut of these titles at retail. With the flexibility of having different pricing and packaging options via Steam, we were able to test the market viability of the individual products. The results show an overwhelming demand for these stand-alone offerings as well as The Orange Box. This gives us tremendous confidence as we bring gamers more ways to get these titles at retail.”

At present, interested gamers can buy The Orange Box’s contents separately, but as digital downloads through Steam, which is Valve’s digital online PC storefront.

The Orange Box currently carries a price tag of $60 for consoles and $50 for a PC version, and also includes the original Half-Life 2.

And just in case if you already own one of the titles in the Episode Pack, you can “gift” the extra game via Steam to a friend.