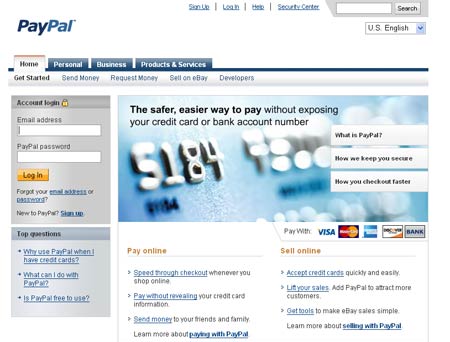 Web payment firm, PayPal, has announced that it is blocking old versions of browsers using its services. The old versions are being blocked due to their vulnerabilities and for being unsafe.

Initially users will be warned about the unsafe browser. If users yet continue using the services of the same old browser the site will block it.

Paypal told BBC that many people are still using Internet Explorer version 3 or 4, which was introduced long back, and aren’t suitable in today’s era as they lack security and safety features.

With such old browser versions users end up handing over sensitive data through Phishing attack tricks. And here the weakness of the old browser is proved.

Further Paypal was quoted saying that it supports the use of Extended Validation SSL certificates which are supported by the latest version of Internet Explorer and Firefox 2. However, Apple’s Safari browser does not support it.